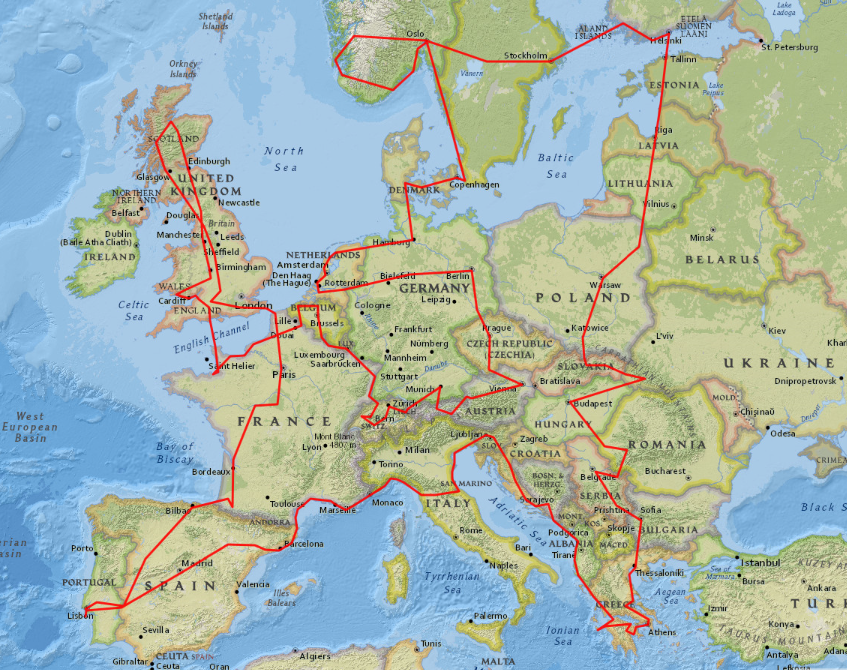 What route should we take on a trip around Europe?

Well, here’s a tricky question that is not always easy to answer because it has many conditioning factors: what country do you start from, and whene do you start, as well as the budget and time available.

In our case, the time and the budget gave us the freedom to try to accomplish our goal, visit as many countries as possible and that is what we did.

We had other goals such as being at the height of flowers in Holland, going to the Nordic countries (which meant not going in the winter because it was impractical for the caravan), and spending Christmas with some friends in Birmigham. 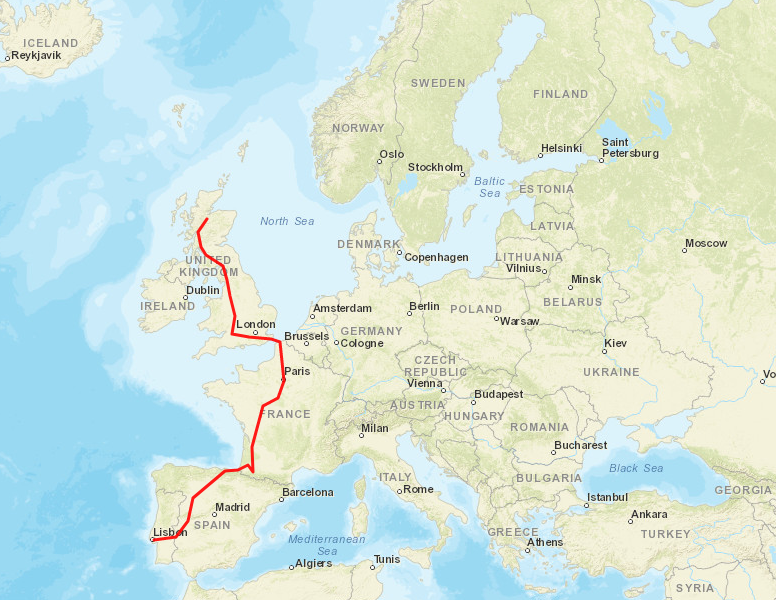 Since we had left Portugal in November, and we wanted to spend Christmas in England, we set our first goal, reach Scotland by the end of the year.

We decided to spend little time in Portugal and Spain because they are countries that in future we will always have the opportunity to visit, much more easily than the We travel France from one end to the other, with time for a week in the Loire Valley waiting for an electricity specialist for old caravans, because of an electrical problem.

We caught the ferrie in Dunkirk and paid € 69, both and camper, after an hour and a half we got to Dover in England. 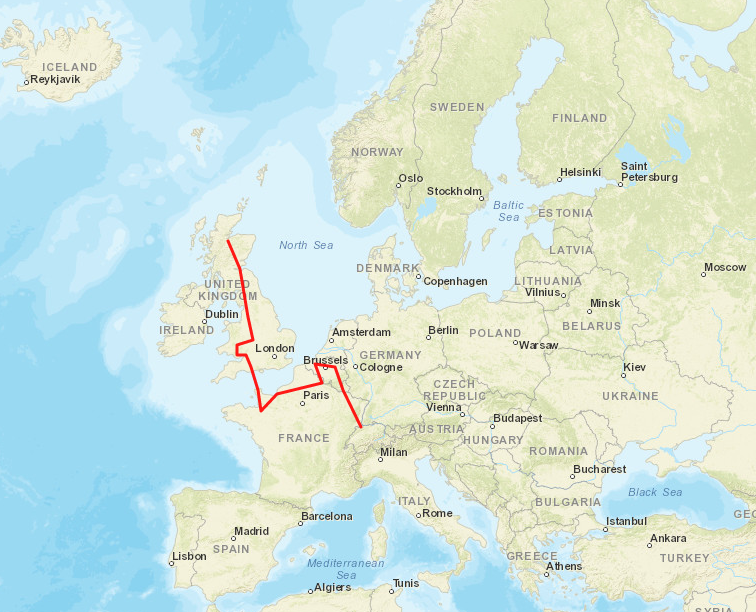 When we arrived in Scotland, we had only one choice, which was to go south and back to England.

Whene we left Portugal, we tought to went to Ireland and Northern Ireland a week or two and then return to England again, but we had left Ireland for another opportunity, manly because of the money and the time.

The main reason was monetary, only the ferries was € 400, and we need to add up the cost of staying two more weeks in a expensive country, where we will need to to exchange money for Pounds so we choose to have continued to go south.

We decided to return through Poole, disembark in Normandy since on the way up we had no chance to go.

At this point we had to make our first really important decision regarding the journey, which was to decide whether we were going to Switzerland and Austria in the middle of winter or if we were going somewhere else.

The truth is that we could not get away from the winter, unless we went to southern Europe, which we did not want, so we decided to go traveling to Switzerland and be aware of the weather, because traveling with caravan with very negative temperatures , with roads full of ice and everything very cold is not something very pleasant to do and could be dangerous .

The truth is that we went down and the weather was always being good, in fact during the week we stayed in Switzerland we always caught blue skies. 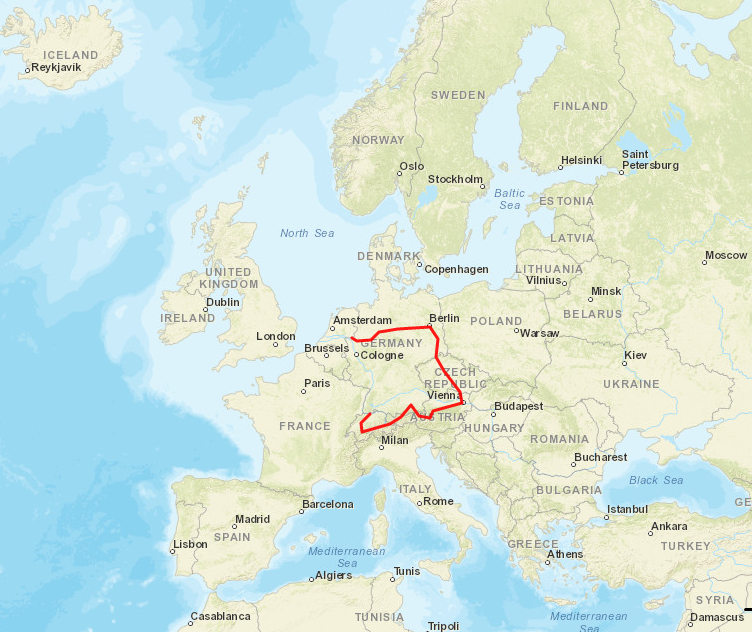 After we arrived in Switzerland, we took advantage of the weather at the time and we continued through the Alps before returning to North, this time to Holland.

First in Liechtenstein and then in Austria, in the middle we made a detour to Germany to visit a castle that we wanted to see.

Then we went up to the Czech Republic and Germany, where we went all the way to Holland. 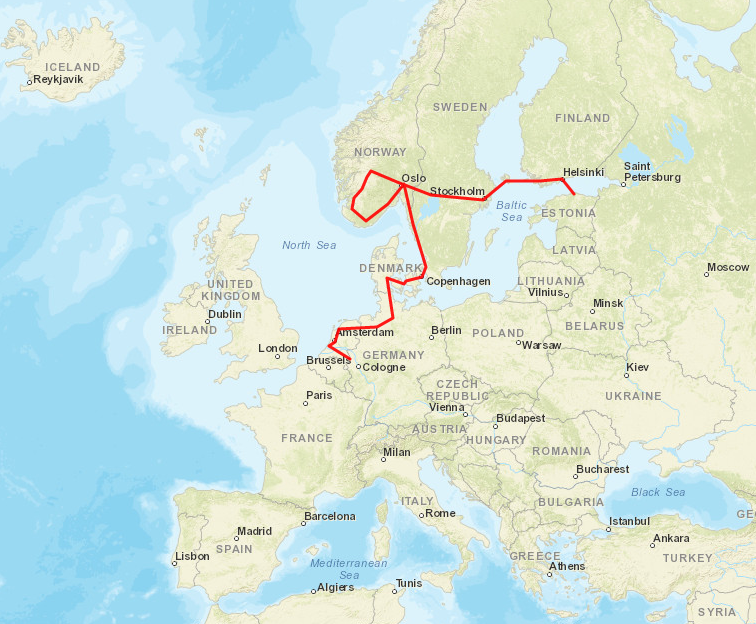 We stayed in the Netherlands for a few weeks, before continuing north to the Nordic countries, by this time we were already in April and the weather was starting to be less worrying, and at this moment we were already waiting for the heat and wanting to give a little swim at the ocean.

We picked up again a ferry, this time from Stockholm-Turko, which cost us € 260, and lasted 11 hours, was our longest ferrie of the trip.

After 5 days we picked again a ferries from Helsinki to Tallinn for € 140. 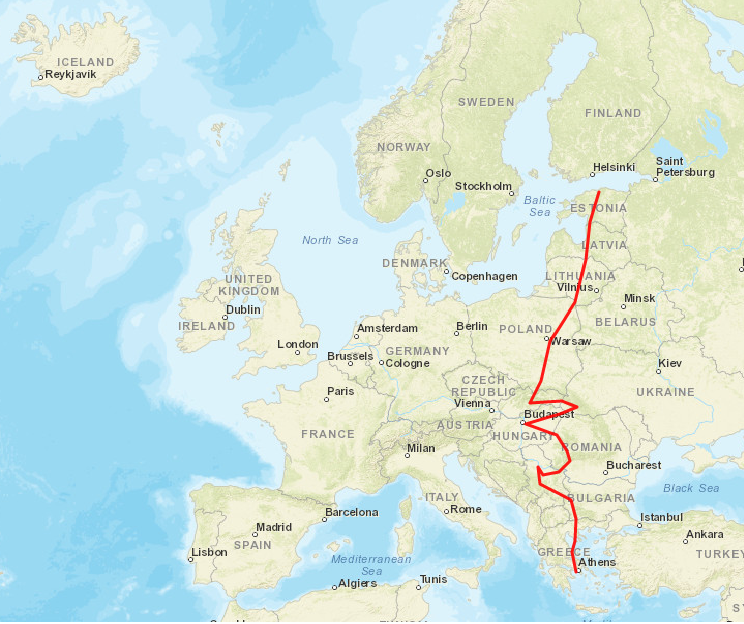 By this time we were almost mid-May and it was time to finally head south towards Greece. We had about 4 500 kilometers to do and we wanted to be in Greece in the middle of June to enjoy the summer and the sun, so we decided to go as direct as possible by visiting all the countries we wanted, we chose some places we wanted to go as Budapest, Krakow or Poloniny Park in Slovakia and we were zigzagging through the countries to Greece more properly Athens which was the most south-east point we went. ejrvNow it was time to return slowly to Portugal. 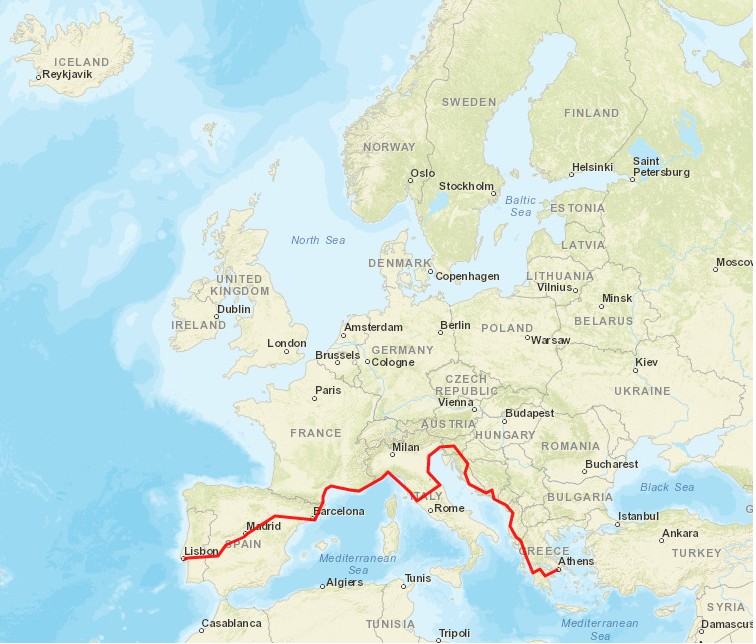 When we arrived in Greece there was only one option, which was slowly return to Portugal, and that is what we did, practically always along the coast, taking advantage of the beautiful beaches that the Mediterranean has to offer.

We went up the Baltic countries to Italy and then  was always along the coast  until Spain, where we end up retourning  to Portugal by the midle of the countrie.