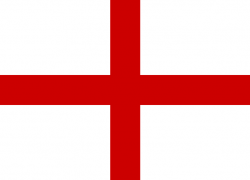 England was a country that although we didn’t had went to his capita, London, we had the opportunity to travel almost a month in different parts of the country.

We had stayed a week in Birmingham, which is one of the largest cities in the UK, where we saw a great cultural diversity. We saw many homeless and many drug addicts still very young, more than we are accustomed to in Portugal. There was some trash in the streets.

The cost of living, even counting on currency conversion, was reasonable. For example, the minimum wage is 7.2 Pounds / h and we bought two packs of Oreo wafer for 1 pound, a menu in Burger King for 4 pounds, 1kg of bananas in the Birmingham market for 0.5 pounds, a book of 25 €, for 6 pounds and Rita bought a 5 pound coat, very cute.

The rural environment was a surprise for us, by the positive.

We went to four Natural Parks (Costwold, Peack Disctrict, Yorkshire and Lake District), all very distinct, with typically English villages, with a very good lifestyle and very natural, away from the confusion.

The villages were well preserved, with many hiking trails through the hills, along rivers and in smale valleys. Always everything very “open”, with paths through the middle of the fields

The road system is very good, we drove in many freeways and with many petrol stations.

As for motorhomes there are no free sites, only to campsites and service areas, but you always need to pay. However, there are plenty of public toilets and service stations and we had no trouble stopping to sleep.

At security level we felt safe, although in Birmingham someone stoled our bike and broken the glass of the car that was parked before us.

In rural areas we felt very safe, everybody greets each other.

Some photos of England

The Natural Parks of England

'' During our passage through England we had the opportunity to visit 4 natural parks each of them with their singularities and points of interest....''

Stonehenge and Avebury – The Neolithic Today

'' Avebury is in the United Kingdom, England, in the Marlborough region and is one of the best and greatest monuments of the neolithic in Europe..''