Normandy is an area in the north of France, known mainly for the landing of the allied troops that dictated the beginning of the end of World War II.

However is not only this. that this region have to offers, there are other points of interest like the cliffs of Etretat, or the Mont St. Michel, but now let’s just talk about the landing zones, and the areas related with D-day. 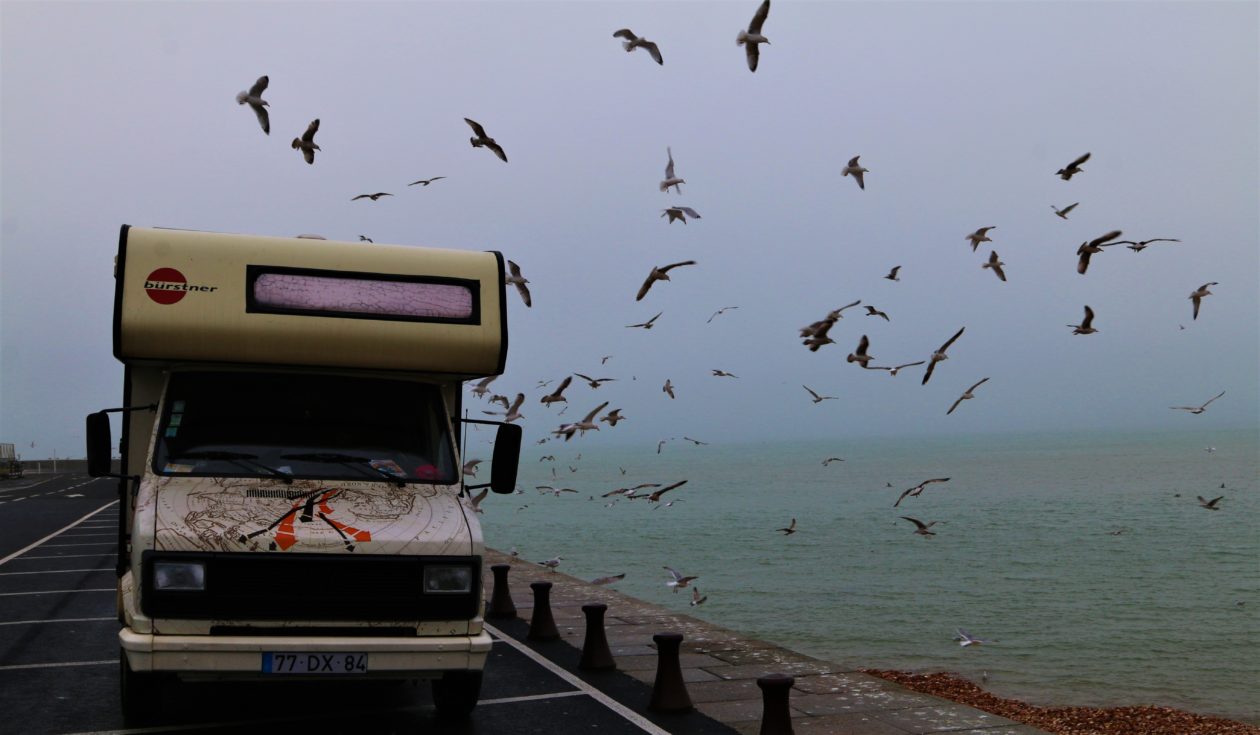 The landing of Normandy was a military action that sought to reconquer the French territory occupied by Nazi forces during the Second World War.

On June 6, 1944, about 150,000 Allied soldiers, mostly Americans, British, Canadian and French, landed in the north of France, particularly on the beaches of Normandy.

This action began the reconquest of France and then the rest of Europe to the Nazi forces, and was one of the most complex and important military feats of the recent history of man.

Nowadays there are many remembrances left by the war, from bomb holes, to cemeteries with thousands of crosses, to tanks and museums scattered throughout several cities, all accompanied by many bunkers and remnants of war structures.

We arrived in Normandy from the South of England, we took the ferry from Poole to Cherburg (important port area), we made a detour to see Mont St.Michel and we went to the landing zones.

We started at Grandcamp-Maisy a beautiful harbor village, ideal to start the route through the landing beaches, then went to Pointe Du Hoc.

It is a fortification made by the Germans to protect the French territory that they had conquered.

This place was heavily armed, with a system of bunkers very well obtained.

This made this site a very important place during the landing and was the scene of a hard battle, nowadays it is possible to see the remains of the infrastructure, a memorial to the soldiers killed in battle and the craters caused by the bombs.

Then we went to Omaha Beach, one of the landing beaches.

Omaha Beach was one of the five beaches where the Allies landed on June 6, 1944.

The beach is 8 km long and today it is possible to see remains of infrastructures used during the landing, museums, memorials and some jeeps and tanks are exposed by this area.

After visiting this beach we made a small detour to visit the American cemetery. 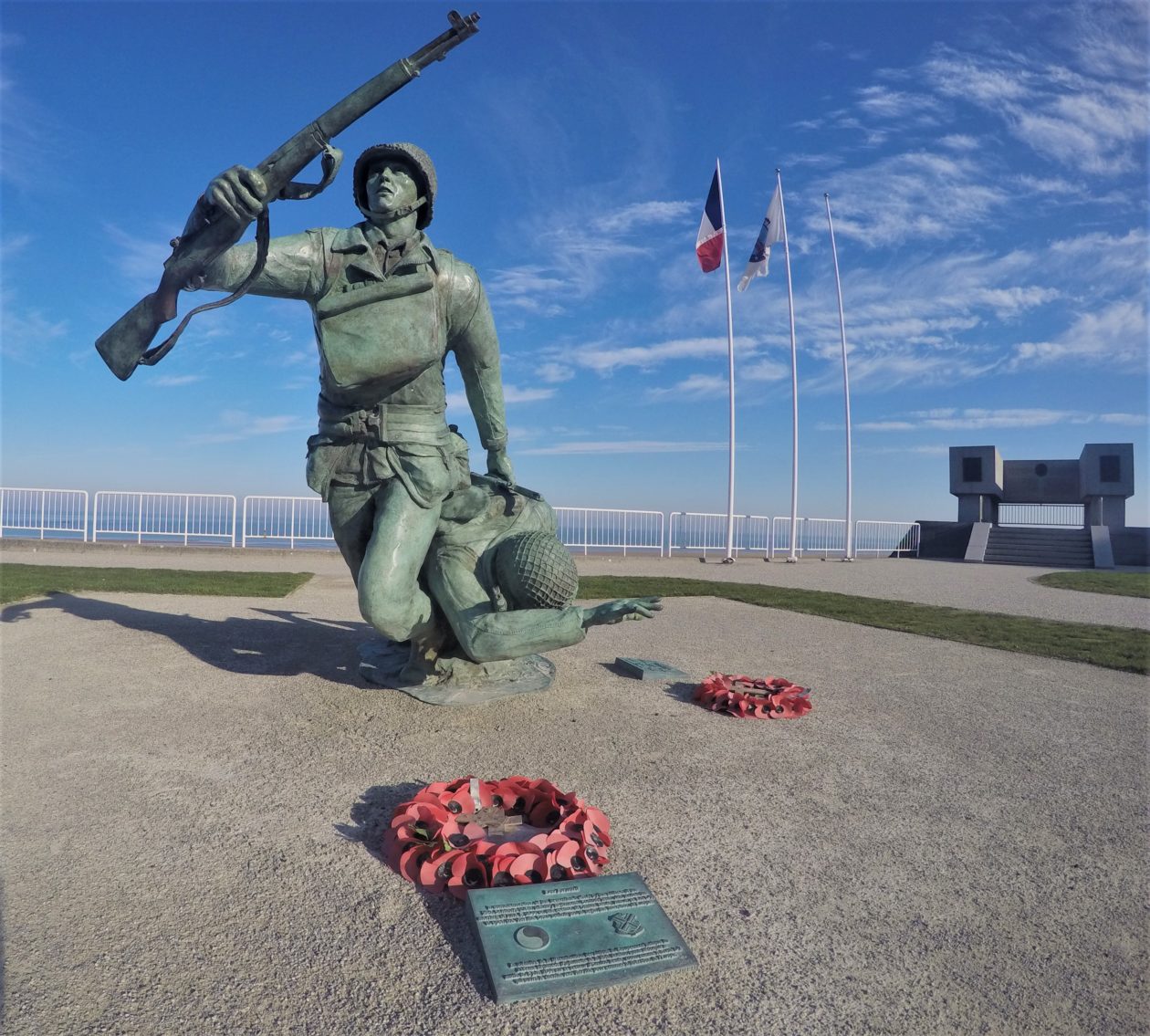 The Cemetery and American memorial, with about 10 000 men is the largest cemetery in Normandy.

We advise this cemetery because of what we saw is the one that causes the most impact, in addition to being the largest and most well decorated.

We continue to Port-en-Bessin, a fishing village ideal for overnight stay in a motorhome .

This village has a very funny feature, there are thousands of shells on the beach, which are dumped by fishermen.

At 5 km there is the Baterries de Longues-sur-mer. However we chose to go first to Bayeux, the first town in Normandy to be released after D.

The town of Bayeux has a big symbolism regarding the Battle of Normandy because it was here that the French general Charles de Gaulle made the first speech after landing and made it clear that France was again in the possession of the allies.

Nice town to visit, with a very beautiful cathedral, and also the museum of the Battle of Normandy. 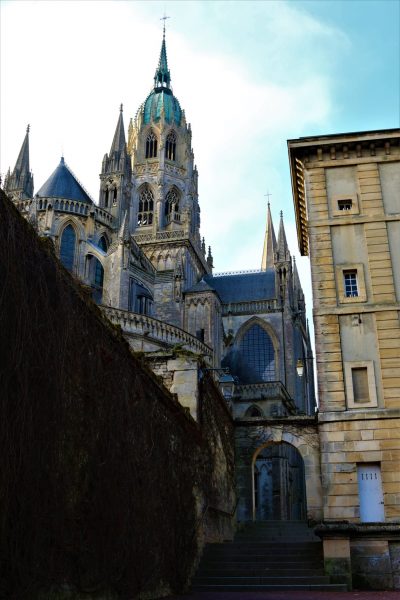 This site housed 4 long range naval weapons, nowadays it is possible to see weapons of this kind in good conditions and at least one of them is intact.

From Longues-sur-mer it is possible to go to Gold Beach on foot, but we advise you to drive, because its about 7km on foot.

This was code name given by the Allies, to the beach where they would create an artificial port to make the landing of the troops and the heavy machines.

Nowadays it is still possible to see the remains of the infrastructures, both in the water and on the beach, in this area there are jeeps, tanks, remains of the bridges and other material exposed by the roads.

The Second World War is one of the most tragic and striking events in man’s modern history, and Normandy is one of the places where one can feel this, as well as the marks of this war itself, both in the craters left by the bombs and in military cemeteries with thousands of dead scattered around this area.

Tips for anyone who wants to travel to Normandy 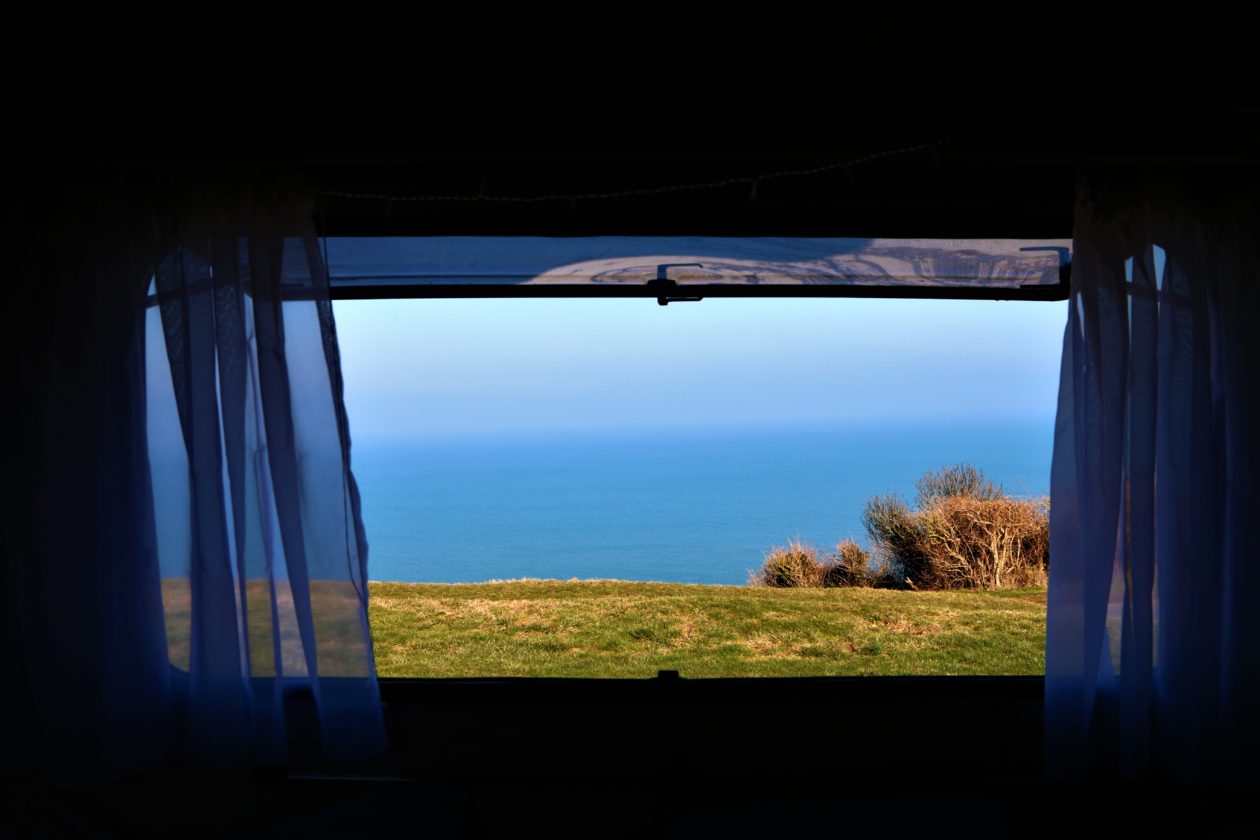 For a overnight motorhome stay :

Room for overnight at the foot of the village harbor.

Room for overnight at the foot of the village harbor

Room for overnight with a beautiful view to the sea at the top of a cliff with nothing at all, one of the most beautiful places that we spend the night. 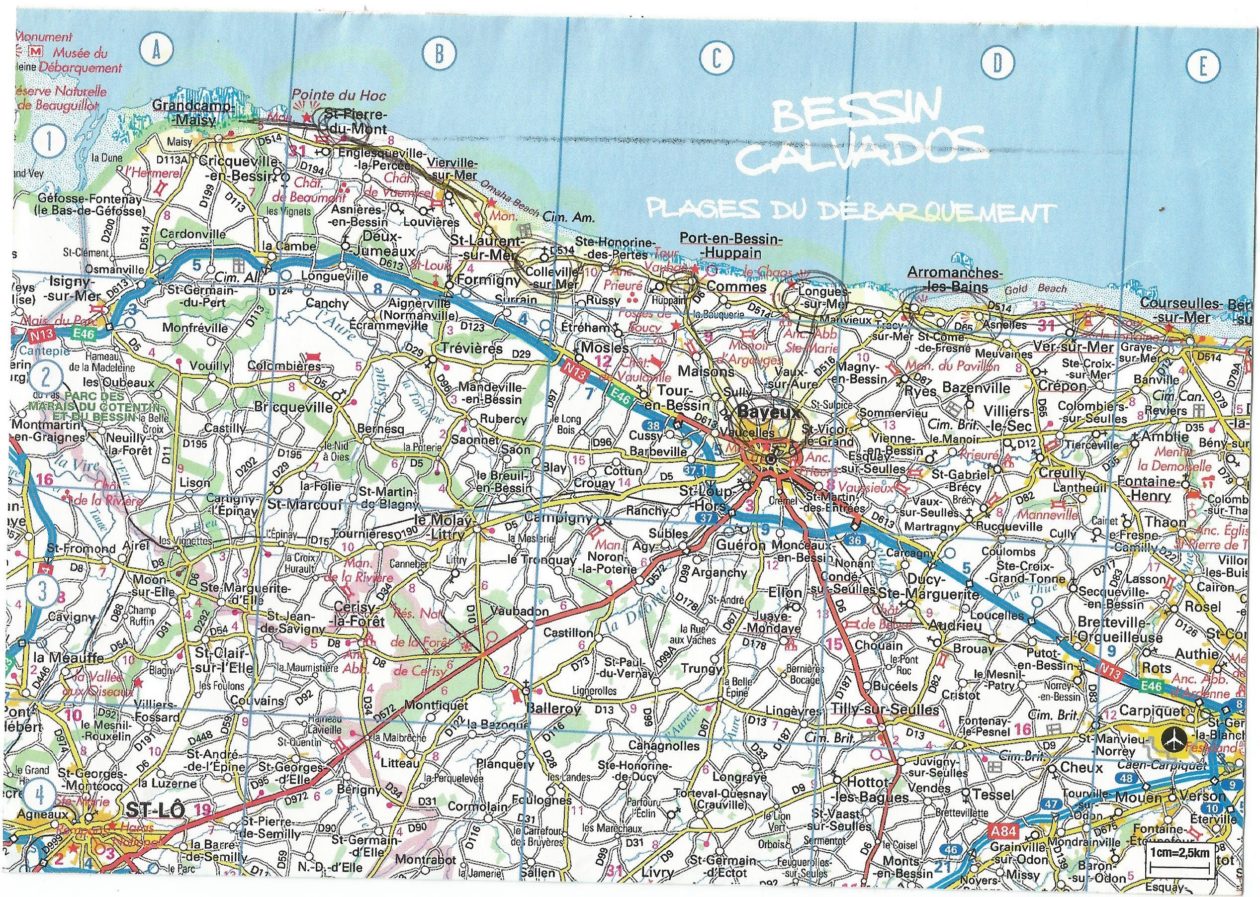