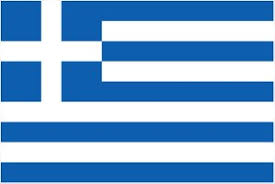 Greece was the country that we had made the most Kms, in relation to its size.

In total we made 2,000 Kms in 19 days and we were in a great part of the regions of the country, not counting the islands, which are a lot and we only went to one, Zakynthos.

It was one of the most mountainous countries we have been, especially in the interior, which, with some exceptions, is only mountains; when we went to Delphi for example, we did almost 30 km in a row, up.

Throughout Greece, there are numerous well-marked archaeological sites of the civilizations that flourished in that area. We went to the following: Delphi, Mycenae, Theater of Epidaurus and the Acropolis of Athens.

Another thing that can also be seen everywhere are olive trees, there are millions throughout the country.

The roads in Greece are good, we have not walked on any bumpy road, even on more remote roads. The motorways are paid, and well paid, as soon as we entered the country we had to pay € 6 and paid € 13 for a bridge of 5km.

We did not find in the country, big tourist areas, full of hotels and restaurants, but rather, small towns / tourist villages.

We went to Athens, the capital of Greece, where we stayed for 3 days, it is a different capital, first because it is between mountains and the sea, then because it has almost 3 000 000 inhabitants and the houses don’t have many floors, they are almost all white of flat roof.

There are several ancient monuments, the best known being the Acropolis, which we liked, but we found the ticket very expensive, € 30, and we did not like the existence of some cranes, which by the look gives idea of ​​being there for more than 10 years and , for who visits the monument, the cranes are a little visual pollution.

There is also the temple of Zeus, the theater of Dionysus, the door of Hadrian, the Olympic stadium and a few more. There are many shops and markets that we liked a lot.

In relation to the people .. the people are nice, the first time we stopped, some women came and asked us if we needed help, in the villages they greeted us ..

Everybody drives a motorcycle without a helmet, even the fastest ones. It’s possibly the European country with the most garbage we’ve been in, there is garbage everywhere, on the beaches, in the mountains, cities…

For campers is the best country we have been, there are roads always by the sea, where we can stop without problems, there are also many taps with water, mainly at the foot of the beaches.

We felt safe and never had any problems, we saw many motorhomes around the country.

´´During our passage through Greece one of the things that impressed us most was the amount of traces and archaeological monuments that this country has....''

Vikos Gorge – The Deepest Gorge in the World

''The Vikos Gorge holds a record in Guiness, for being the deepest gorge in the world, it is not the largest is the one that has the greatest relationship between width and depth...''

Zakynthos - What To Do In 3 Days

'' Zakynthos is a Greek island and is located to the northwest of its continental territory. Today it is an important tourist destination in Greece and one of the most important places of the Mediterranean sea for diving....''

''Meteora was one of the highest points of our passage through Greece, it is a unique site for several reasons, first because is one of the most important Orthodox monasteries complexes in the world, and secondly it is an incredible natural site...''