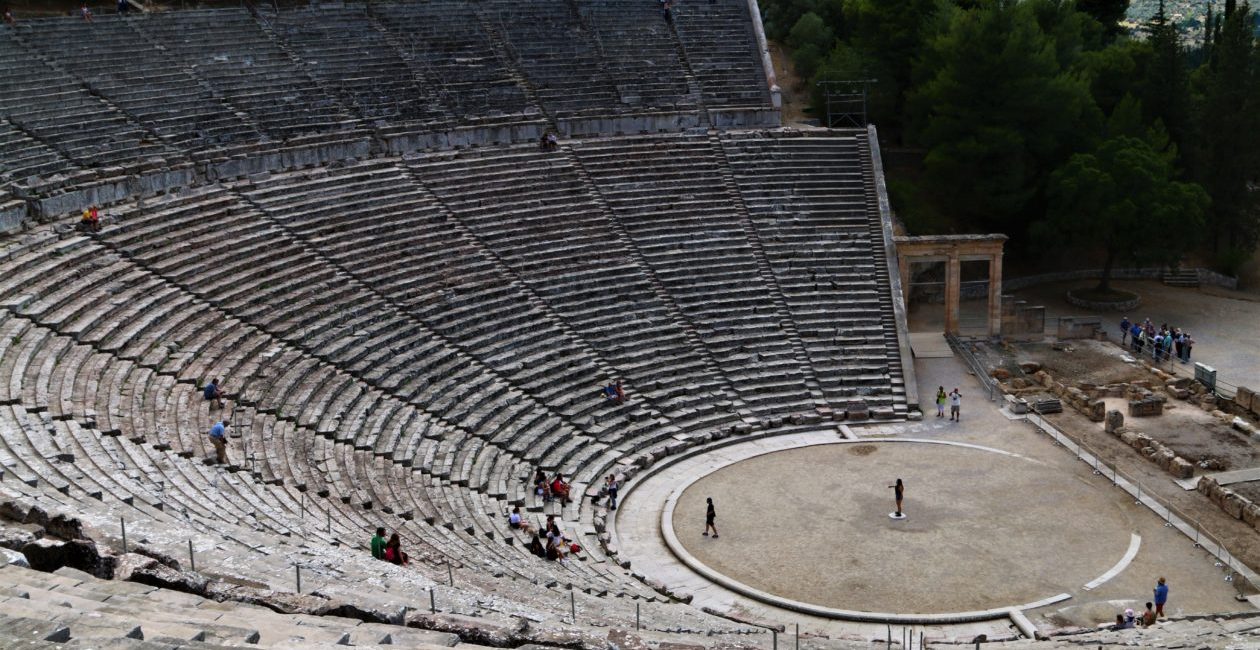 During our passage through Greece one of the things that impressed us most was the amount of traces and archaeological monuments that this country has.

This reveals perfectly the importance that Greece had in the ancient world. We did about 2,000 kilometers on Greek roads and saw dozens and dozens of signs indicating archaeological sites, some withc more importance than others, but all with something to tell us about the Greek ancestors.

For many years Delphi was considered by the ancient Greeks to be the center of the Universe and this reveals well the importance that this place had in the past world, nowadays it is one of the main Greek archaeological references.

Most of the ruins that are visible go back to the 5th century BC, and for about 1000 years was a place of great religious activity, first with the Greeks and later with the Romans, who were gradually leaving the temple because it was a Pagan sanctuary and represent heresy.

The main monument of the sanctuary of Delphi is the temple of Apollo, which although it was the object of a big reconstruction serves to realize how things were formerly. 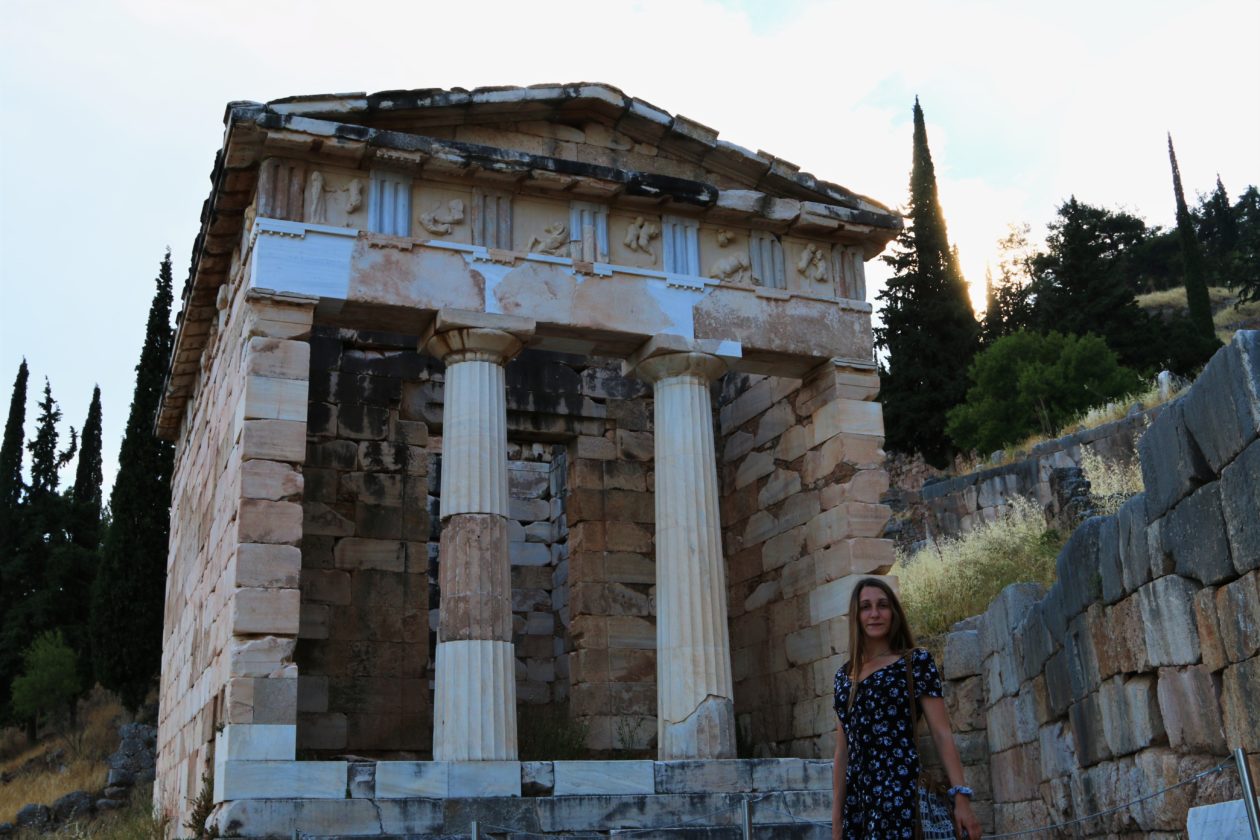 In the Sanctuary of Delphi you can also see a sports stadium where the Pythian games were held, which are similar to the Olympic games but with a little less importance.

In the archaeological complex of Delphi there is also a museum, where are stored many artifacts found during the excavations of the sanctuary.

But it is not only the window to the ancient world that Delphi has to offer us, it also has an enormous natural beauty, this village is located about 15km in the sea, in a mountainous zone near the mount Parnassus, the village itself is very friendly staff with plenty of restaurants and beautiful views of the surrounding valleys.

The road to Delphi is quite a climb and is about 190 km from Athens.

The city of Mycenae is an archaeological site of great importance because it was the capital of the Mycenaean empire, the civilization before the Ancient Greeks.

The earliest remains here date from 1600 BC, and today the ruins of the walls, houses, haystacks, tombs and other infrastructures are still visible, but the most impressive part is the Lion Gate, which was the gateway to the citadel of the capital.

This 2600-year-old door is unique in the world because it is one of the few structures of this kind that has always been visible, which is rare, because often these discoveries are made after long excavations.

Together with the city there is a museum where are exposed many discoveries made during the process of excavation.

The archaeological site of Epidaurus is known for its Greek theater with a capacity of 12,000 people.

This theater has almost perfect acoustics, if someone stands in the center and projecting a little the voice is audible throughout the theater, from the 1st row to the 55th.

Next to the theater you can see an archaeological complex with ruins of temples, sports arenas, and other buildings. 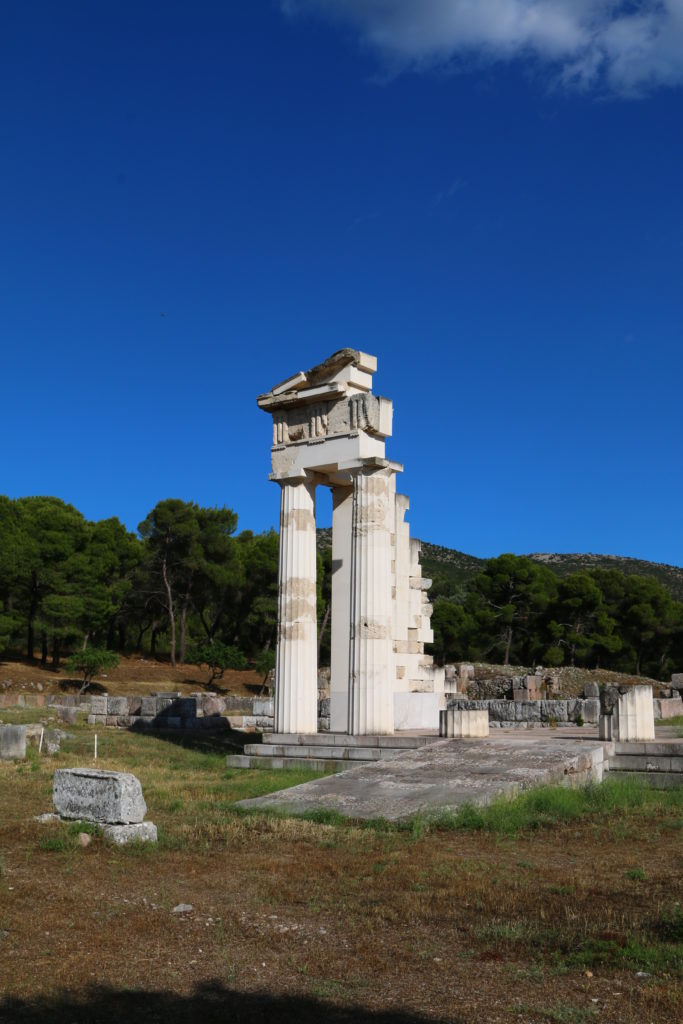 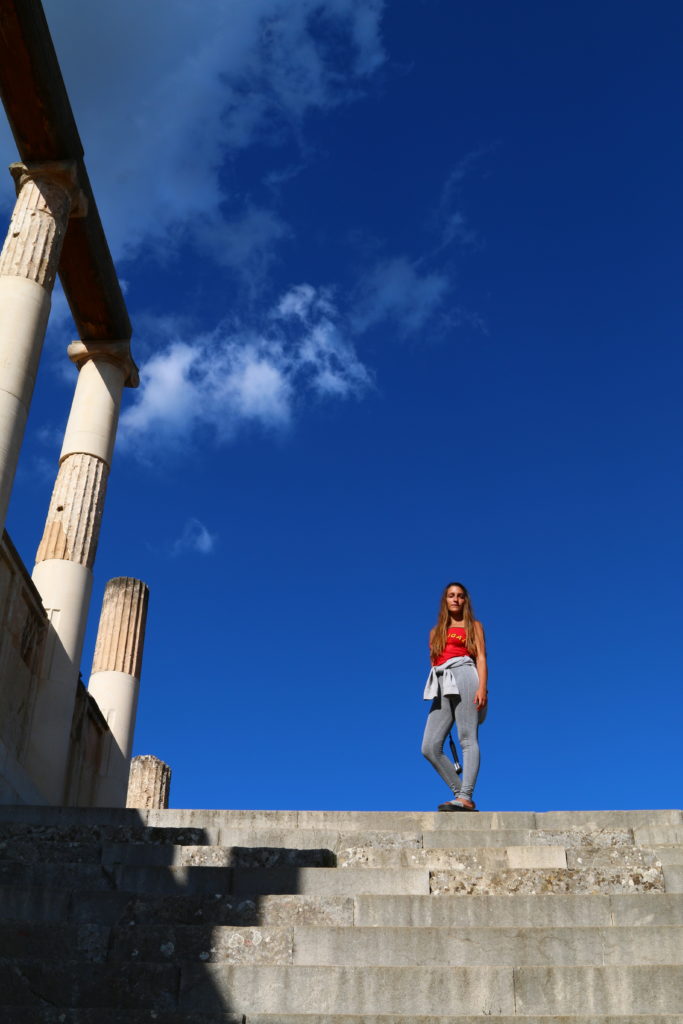 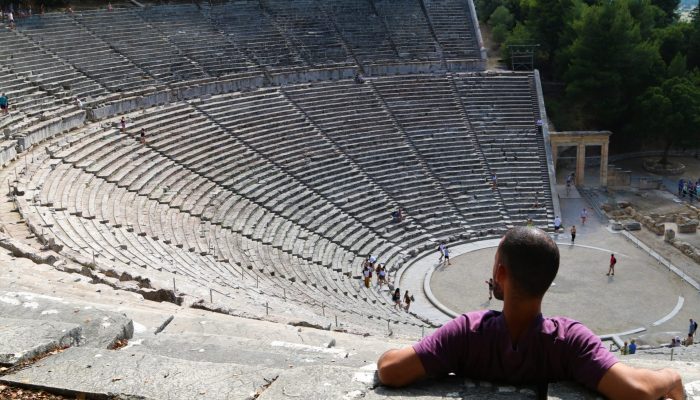 The acropolis of Athens is perhaps the best known archaeological site of Greece, occupies a prominent place in Athens and from its top it is possible to observe the whole city.

It was built in 450 BC and served as a place of worship for the city’s population but also a refuge in time of war. After many wars and many poorly constructed reconstructions, what remains today is only a sketch of what was once one of the most beautiful constructions of the ancient world.

We were a little disillusioned because the ticket price is very high and the place is full of remains of previous restorations, such as cranes, machines to cut stone …
In the acropolis the main monuments are the Pantheon, the Erecton, the temple of Athens and the theater of Dionísio.

In Athens it is possible to see other monuments of ancient Greece like the temple of Zeus, the door of Hadrian and the Olympic stadium (was where they realized the first Olympic games of the new era in 1896)

These were the places where we went, however there are others that we would like to see, among these we highlight the following: the island Crete (center of Minoan civilization), the island of Rhodes, and Olympia.