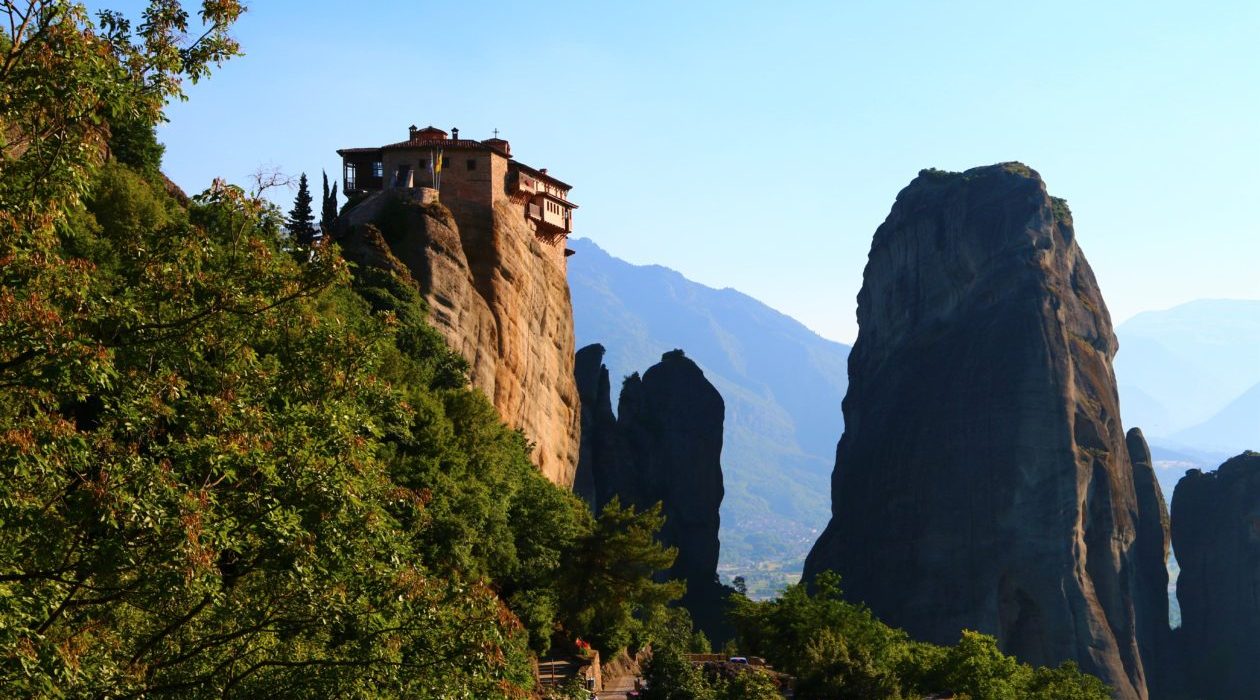 Meteora was one of the highest points of our passage through Greece, it is a unique site for several reasons, first because is one of the most important Orthodox monasteries complexes in the world, and secondly it is an incredible natural site, with stone pillars rising in direction to the sky, the result of millions of years of erosion caused by water and wind

Meteora is situated in northern Greece, practically in the middle of the territory between the Adriatic Sea and the Aegean Sea.

It is not a very mountainous area, but in order to get there, it is necessary to do some kilometers on mountain roads, especially if they do as we do and choose go by national roads.

When we arrived at Meteora we were amazed by the scenery, it’s really unique and we’ve never seen anything like it, it’s a combination of natural beauty with human engennering capacity, having managed to make the monasteries atop the rock formations.

When we arrived we stayed in the village of Kalampaka that is right under the rock formations, which gives a very different surrounding to the city, besides there is also the village of Kastraki, which is on the other side of the formations.

As it is well inside Greece, in summer temperatures can reach 40º, this happened to us, we went in July and it was a huge heat, but nothing that would not be solved with a frappé, a iced coffee that almost every greek drink.

This area of ​​Greece is very well known, but as it is a bit far from the other sights and the capital Athens, makes it not easy to get there by trains or buses, the best way to go is or rent a car (better way to visit Greece), or buy a bus tour.

The best way to discover Meteora is undoubtedly on foot, there are some walking paths through the monasteries and trees, which take us to places with incredible views, for those who can not / can not always take the bus to the top and then walk among the monasteries.

The Monasteries each cost € 3, and you need to pay attention to DressCode in some, so we advise you to visit the official Meteora website before the visit.

Finally, we advise a sunset walk in this area, and if possible with a panoramic view, to be able to take full advantage of the spectacle that man and nature can give when they connect in this unique way. 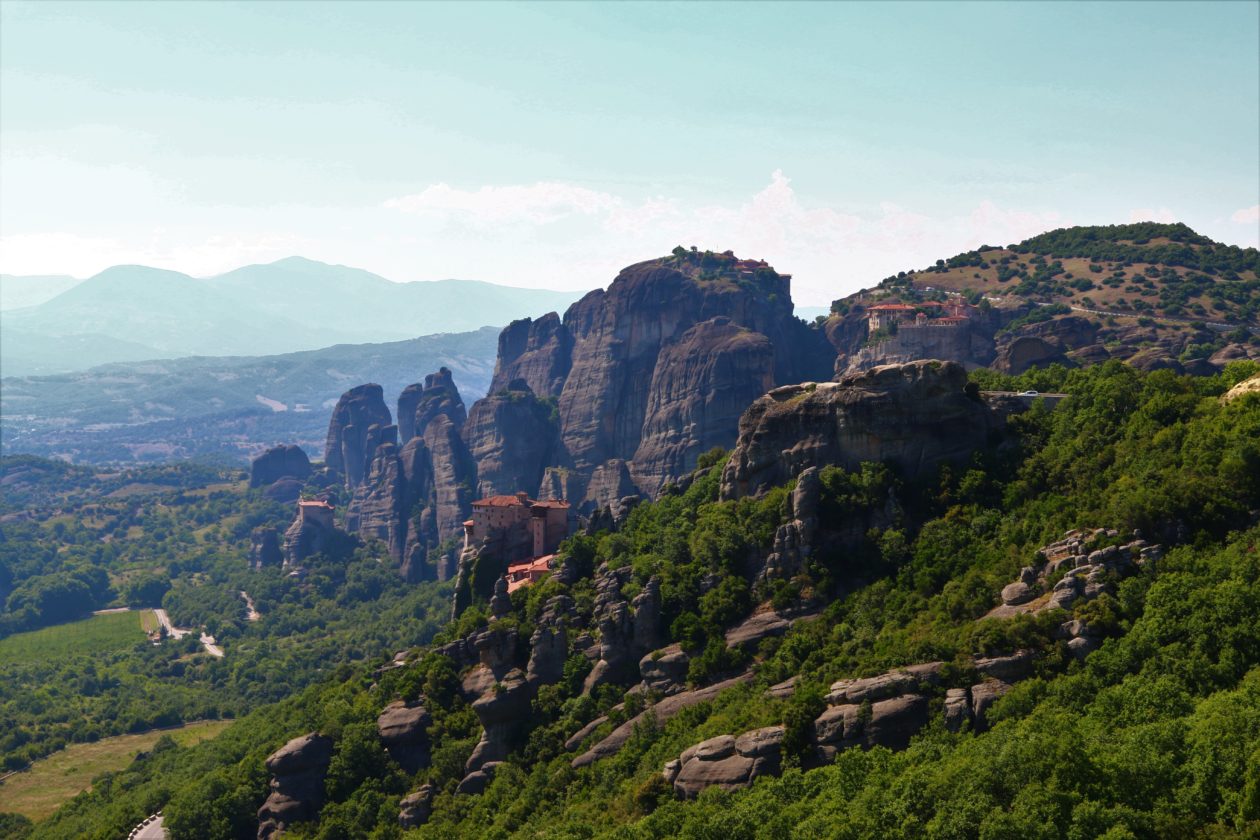 For a overnight motorhome stay, is not very easy, although within the villages there are some points where you can stop for an overnight sleep.

We parked in Kalampaka, almost at the foot of the rocks between the houses, we stayed two nights and had no problem.

Author: admin
Filed Under: Greece
Tags: Greece
Zakynthos – What to do in 3 days