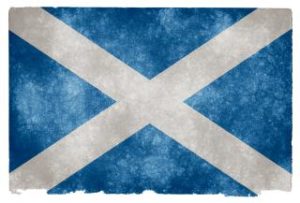 Scotland was a poitive surprise, without a doubt. We always have preconceived ideas from the countries where we are going to, and Scotland was no exception, we imagined a very green country with a lot of forests, countryside, mountains and some cities, and that’s exactly what we found but with an even more impressive nature.

Scotland is divided in to two areas, the Highland and Upperland. From what we have seen the Highland is totally distinct from the lower area, with a very reduced population density (200,000 inhabitants) and beautiful natural landscapes.

Our route through this country began in Carlisle, from where we went to Fort Williams, then Inverness, the Cairngorms National Park and finally the capital, Edinburgh.

As we were traveling we did not see almost villages and the ones we saw were geared to the natural national parks with plenty of shops for hikers and adventurers.

The roads in general were good, with good floors and plenty of parks for drivers to rest and enjoy the beautiful views.

We managed to make many miles without exaggerated climbs, but completely surrounded by hills, some of them without seeing the top, because they were covered with snow and fog.

We left this country with an enormous desire to return and to explore more the northern zone, which so many beautiful landscapes gave us.

The people were friendly and although it was winter, it was noted that many people from all the UK come to Scotland to go on holiday and enjoy the outdoors that this country offers.

The cost of living is similar to England, and in comparison with Portuguese it’s higher.

Some photos of Scotland

''The Cairngorms National Park is the largest natural park in the UK, and the dozens of parks we visited during our trip through Europe was one of our favorites....''