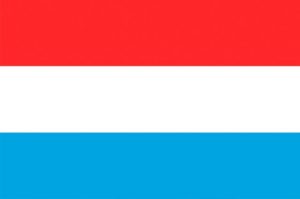 Luxembourg is a small country, situated in the center of Europe, surrounded by France and Germany.

Founded in 963 by Count Siegfried, who built a small fortification with some houses, a church and a market.

Over the years, the fortification has been growing and little by little the city of Luxembourg has occupied an important strategic role in Europe, manly because of his geographical position.

The city became known as Gibraltar of the North, due to its excellent fortifications, of these, most were destroyed but in the historical zone some are still visible, area that has been a UNESCO world heritage since 1994.

What we liked most of Luxembourg, more properly the capital was undoubtedly the calm, there are no loud noises, the streets are clean and beautiful, while we walked, we past a park near the center and the park wal almost without no one.

In the historical center there are some points of interest,  we highlight the following:

Furthermore these monuments the city itself is very pleasant, without being in the prices of things obviously, Luxembourg is one of the most expensive countries in Europe, out of curiosity the fuels are the one of the cheapest we have seen and all the bombs in the country sell the diesel and gasoline at exactly the same price.

Luxembourg is a much flatter country than we expected, has lots of hills but all small, the roads are good and the people are friendly, we saw many Portuguese and in the capital, the language you hear the most is Portuguese.

For a overnight stay in a Motorhome:

Excellent place to sleep, have water and light everything free

Some photos of Luxembourg