Driving in Norway – What to know? 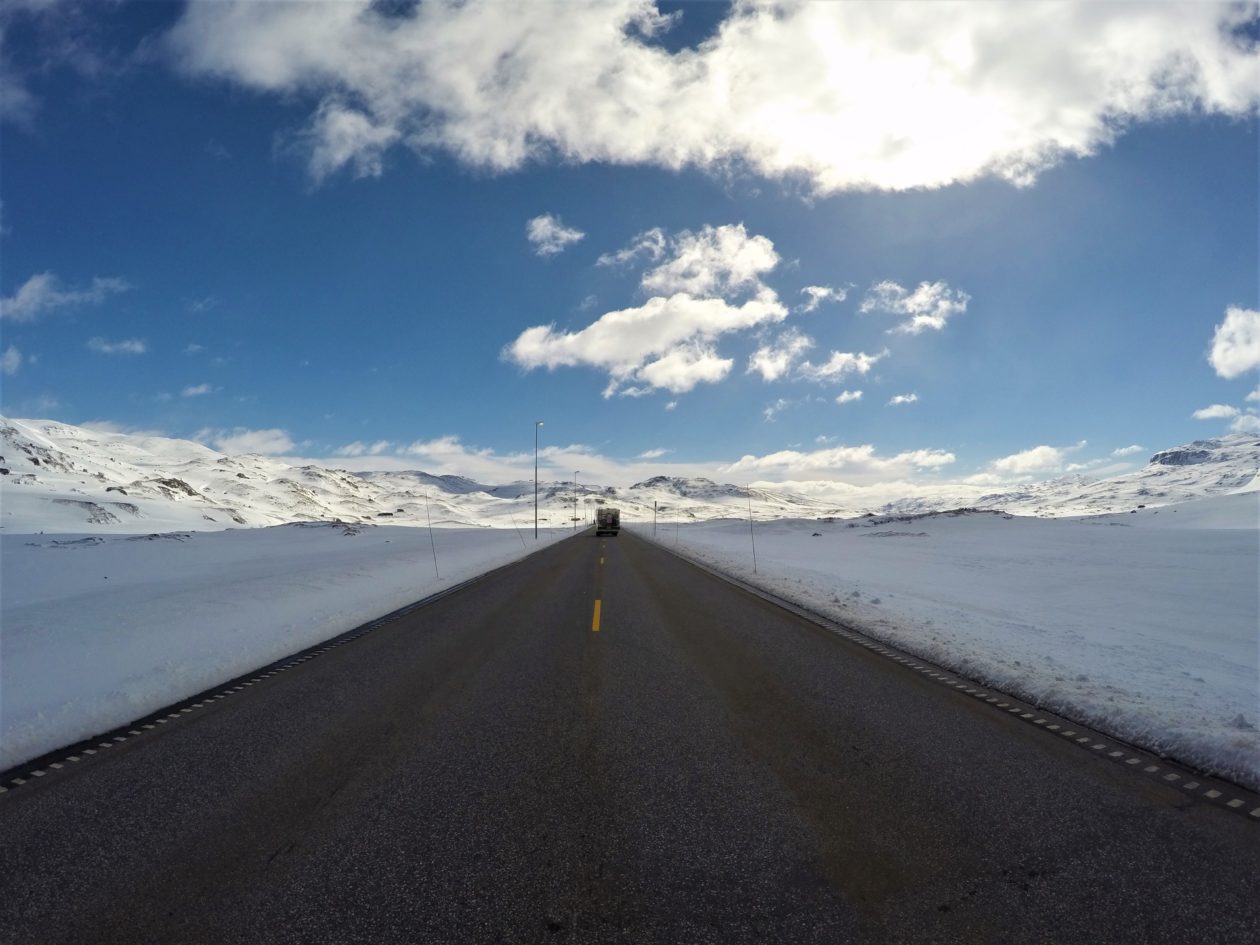 Norway is different for several reasons and its roads are one of them.

During the two weeks that we were in this country we made about 2,000 kilometers, but we were only in the southern part of the country, so our opinion is based in what we saw.

First of all it is practically impossible to enter Norway by car / motorhome / lorry, and travel as little as possible and leave, without having to cross a paid road. 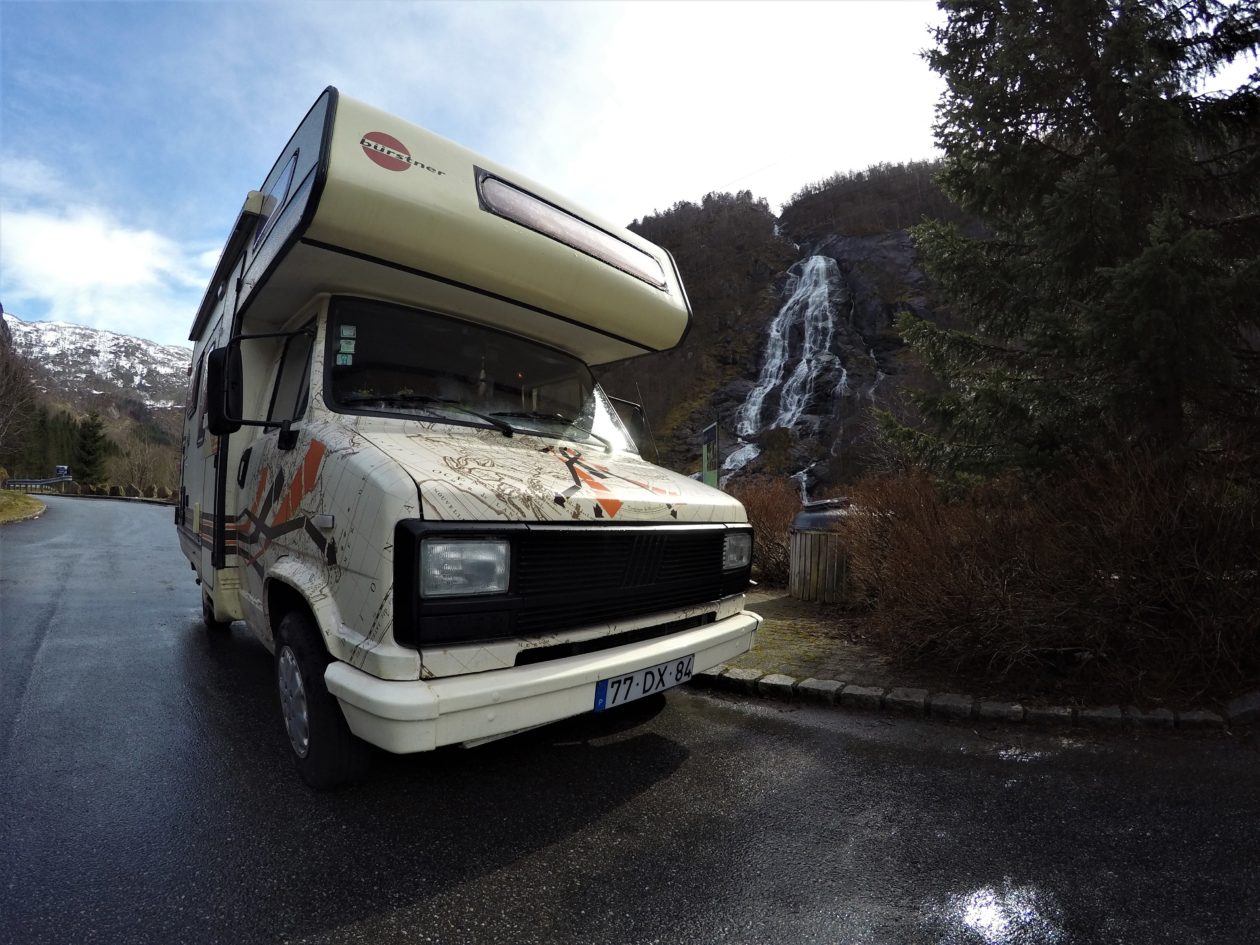 In Norway they have adopted a system called AutoPASS which is a system that uses devices at borders, large entrances, or in areas where it was necessary to make many tunnels, bridges and roads that required very high costs, and why?

The terrain in Norway is very bumpy, full of lakes, fjords and mountains, which makes road construction very expensive and this is a way for the part of the population that directly uses these roads to pay for their construction.

In cities, it pays to make car use less appealing and encourage people to use public transport, which is a much more environmentally friendly alternative.

Where do I get AutoPass?

We did not buy AutoPass and went on about 12 tolls without paying, and to this day we have never received a fine or payment request, although the amounts payable are not excessive for a foreigner who travels through Norway, it is necessary to request the AutoPASS in advance and we as we were already traveling when we knew, we decided not to worry about it. 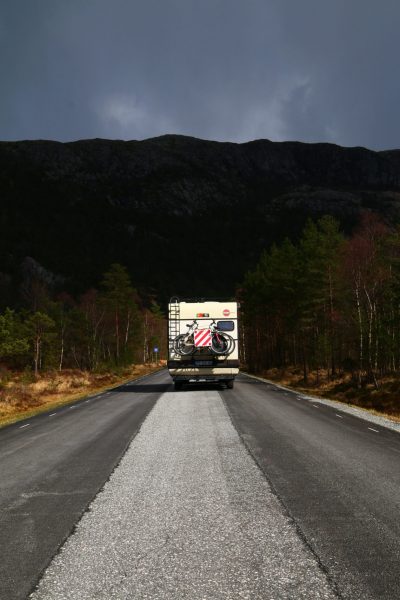 The Norwegian roads are good but they are practically all with only one route for each direction, sometimes when the terrain allow it, there is small sections with two routes to allow drivers overtaking, this means that the average speed is low and usually the people do not ride more than 90 km/h.

The support infrastructures are very good, there are many places to stop, with space for trucks and normal cars, usually with bathrooms and most of the time in very pleasant places.

Norway is a Nordic country with many months of cold, snow and ice. So you need some precautions when traveling around the country, the first is that the further inland and further north, the colder the country is and consequently more ice in the roads so it is almost mandatory to have snow chains and if possible snow tires.

It is normal to have cut roads, in Roldal for example, we caught a snowstorm and were completely stopped for two hours until we had to turn back.

To give an idea of how  Norway roads are, we wanted to go from Roldal to Oslo, was 350km and the only alternative route to Oslo was a 700km journey, double the distance.

It is normal in the fjord area sometimes the road ends and we have to catch a ferrie to continue our route, but the connections are frequent and the prices are low, about 3 euros per person or something.

The roads in Norway are beautiful, they dance through lakes, mountains, tunnels, all with breathtaking landscapes.

We leave here the link of the ” National Tourist Routes ”, which are 18 routes to make in Norway, each one certainly stunning.

By motorhome in Norway

Of all the countries in which we travel by motorhome, Norway is probably the country with the best support infrastructures (at least in the South).

There are many sites dedicated to motorhomes, with many water points and sites to make the discharges, this to add to the natural beauty make this country very appealing travellers.