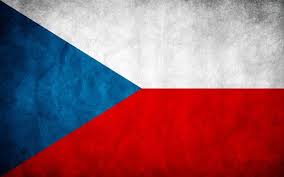 The Czech Republic was the first country of the former Soviet bloc that we went to, and we spent about a week and a half traveling troughout thecountry

We visited Krumlov, Zikov, Prague and the nature park of Switzerland-Bohemia. We have not passed in big cities, except Prague, which have 1 2000 000 inhabitants, there are only three more cities with more than 100 000 inhabitants.

The currency is the Czech Crown, 1 euro is approximately 27 kronor. The cost of living is similar to ours (Portugal), in the supermarket the difference is not bigt, where is more felt is in the restaurants and services, where prices are cheaper . The tobacco is about 3 € and in Prague we dined out for 20 € the two , in a good restaurant.

Prague is one of our favorite European capitals. It is a very lively city, with many tourists, especially at the weekend, because is cheap and central European city, it attracts all kinds of people, groups of young people, families, couples and people of many nationalities, to weekend visits.

There are many restaurants and pretty much all establishments are for tourists. There are many historic buildings, from churches, squares and the only functioning astronomical clock in the world, many bridges and a castle. There are many bars and restaurants with cheap beer, 33 Crowns / 0.5L. A capital to return, no doubt.

For motorhomes we did not see anything, , we just saw one motorhome and it was in Prague.

We were approached by a corrupt policeman, who wanted us to give him 10,000 kronor (500 €), because of an alleged infraction, without passing any fines or anything, so if you are passing with a motorhome in the northen part of czech republic, close to Hrensko and a police fat man with mustache, come close to you… be careful.

The  motorways are payed, and we have always been in national, some in a reasonable state, others not so.

Some photos of Czech Republic

''Krumlov is a medieval city in the south in the Czech Republic and is located about 170 km from Prague. It is a medieval town and is surrounded by the Vltava River, which meanders the small town....''

'' Prague is the capital of the Czech Republic, is situated on the banks of the Vlatava river and is one of the most beautiful cities in Europe and in the World....''