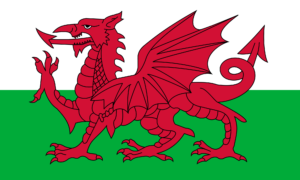 We were only in South Wales, we visited the Brecon Beacons National Park, Porthcawl, the Melincourt waterfalls and Cardiff.

Overall, the areas we saw were not uninteresting, but we also did not saw any that were “blown away.” The natural park we visited, the Brecon Beacons, which was very pleasant, a very green area with lots of hills and a very beautiful waterfall, which fell from a few meters of altitude.

The capital, Cardiff has a huge garden, a castle, some historical elements, and many modern buildings. We liked it, but it was not a city we wanted to return to.

Before Cardiff we made about 70 kilometers in the south, where we passed by Porthcawl, a nice little town, good for Surf, but beside that the coast had many factories and buildings.

The prices are similar to those in England,

We found virtually no reference to motorhomes, only that we could not park in certain places, however, we parked without problem.

We feel safe overall. Only in Cardiff we saw some drug addicts on the street, which left us a little worry about leaving the van.

There was a lot of trash on the ground and on the roadsides, even in rural areas.

Some photos of Wales