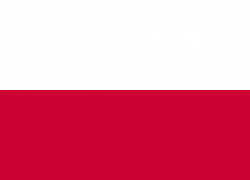 We had our first big mechanical problem in the motorhome in Poland, which undoubtedly marked our stay in this country and made us stay 12 days in Krakow.

Poland is a very large country and we only traveled in the eastern and southern part of the country, we went to Warsaw, its capital, Krakow and Zakopane in relation to cities, Tatra mountains and two natural parks near  Krakow.

We also went to Awchwitz, a Nazi concentration camp, where 1.5 million people died.

Poland, especially at spring time, is very green, with a blanket of vegetation covering the fields, which together with the forests make the country quite pleasant.

The country is very flat except for the South, and sometimes we went on straight lines with tens of miles.

The roads were good, especially those that connect the big cities, however, there were few motorways.

The capital, Warsaw, is beautiful, mainly around its street and main square. The historic center was devastated in World War II, but is rebuilt and we can also stroll in some parks, right next to the center.

Krakow was left unpunished by the bombing of the war so it still has a very interesting historical component with one of the largest medieval squares in Europe.

The streets are beautiful, with some churches, very neat and clean, it also has a castle with an interior with very ornate buildings. It is a very touristy city and there are many young people, because there are many students in the city.

The prices are low either in the supermarket or in the restaurants. We ate out a few times, pretty much all for less than 15 euros and in several restaurants on the plates for 5 euros, especially Dumplings and other typical dishes. We got to lunch for 14 Zlotys each, drink, plate and soup.

In supermarkets, the products are also not expensive, especially what is produced in the country and basic necessities. Alcohol, tobacco and fuel are also cheap, more than in Portugal. Out of curiosity, they drinks beer from straw.

Some photos of poland

Auschwitz – One of the blackest pages of the human history

''Auschwitz became a symbol of war, terror, genocide and holocaust of World War II, and today is the world's best-known concentration camp, an estimated 1.5 million people have died in this field...''

Krakow – One of the best medievel cities of Europe

''Krakow is a city that we know very well, we had opportunity to spend here 12 days due to a mechanical problem in our caravan. The first buildings came in the year 700 and today this city is among the most beautiful medieval cities in Europe, its main square is even the largest of its kind...''

Warsaw – What to see?

'' Warsaw is a capital with a different history from most of the European capitals, because it was practically all destroyed in 1943 when the Poles revolted against the Nazi occupation. At the end of the 63-day clashes, the city was free but in rubble...''