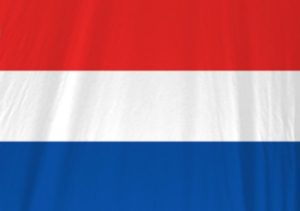 The Netherlands was one of the countries that we had stayed longer. Is a small country but with many people, 13 million inhabitants, which makes the population density very high and areas where there is plenty of space without houses are rare.

We spent 20 days in Holland, especially in south of Amsterdam, we visited national parks, towns and cities, which gives us a clear idea of the country.

One thing you see everywhere is water, there are channels everywhere, in rural, urban areas.

Water is part of Dutch life,  because the country is below sea level and during centuries the Dutch had to build dykes to control the water and conquer land to the sea.

We entered Holland through the South via Germany and visited some small towns like Arnhem, Honderloo and Tiel, then went to the Biesbosch National park, a park near Rotterdam. Then we went to Rotterdam, Kinderdjik, The Hague Keukenhof and Amsterdam.

Finally we passed by Afsluitdijk, a 30km dike in the north of Amsterdam.

The second thing that jumps right into our eye is the amount of bicycles. Everywhere you look is someone ridding a bike, from youngsters to older people, men and women, there are many bike paths, bicycle paths and shared roads.

The bicycle is undoubtedly the main transport in Netherlands and the cities are organized for this.

We saw all kinds of bikes, we saw parents carrying 1, 2 and up to 3 children, and even a girl in Kinderdjik walking her pony … by bike.

The capital of the Netherlands, Amsterdam, was the capital where we stayed  more time, which gave us the opportunity  to know the city very well, although we had already been there about 3 years ago.

The city was full of tourists and when the sun shone the canals filled with people enjoying the goof vibes of amsterdam. Although it does not have many monuments, like other European cities, the city itself is one of the most beautiful we have ever seen, the canals give the city a very special charm and along with very characteristic buildings and streets.

There are many boats and houses on the water in the canals. As in the rest of the Netherlands, the main means of transport is the bicycle, which, with the large number of people, makes the city an apparent “chaos” in some areas, but we did not see a single accident.

Some photos of Netherlands

Keuknhof and Kinderdjik – Where to see the Flowers and the Windmils

''The mills and flowers are one of the main attractions of the Netherlands, and in this article we will tell you where are the best places to visit these two Dutch treasures...''