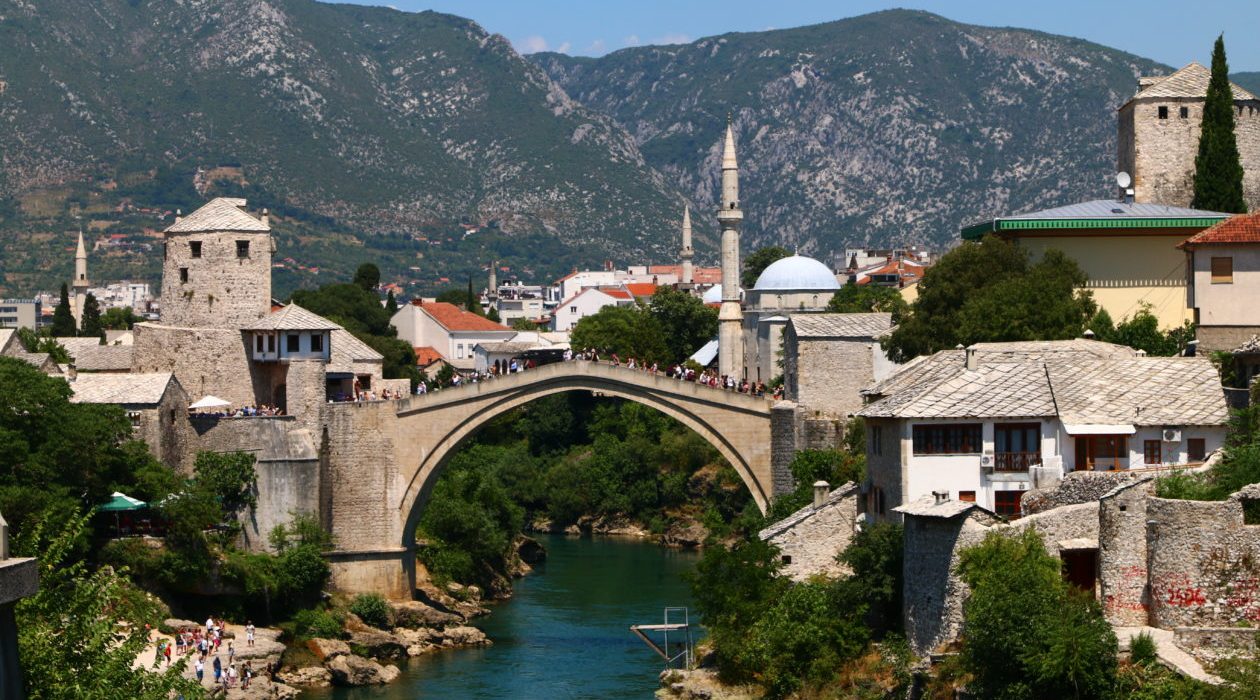 Mostar is a city in Bosnia and Herzegovina. This was an amazing city on all levels. To start with because we had never heard before, which makes everything much more amazing then because it is very welcoming and makes you want to stay and know everything.

We arrived at the motorhome city and our main concern was to find a place to park and where we could sleep. We saw a sign that had the motorhome symbol, followed it and we arrived at a motorhome park, soon a little boy came with us from another car park that told us that it was cheaper and we were right by the river, main bridge, the “Stari Most”, we decided that we would stay there the night.

It was funny because he did not even know where we were from, nor had he ever seen an plate with a P. 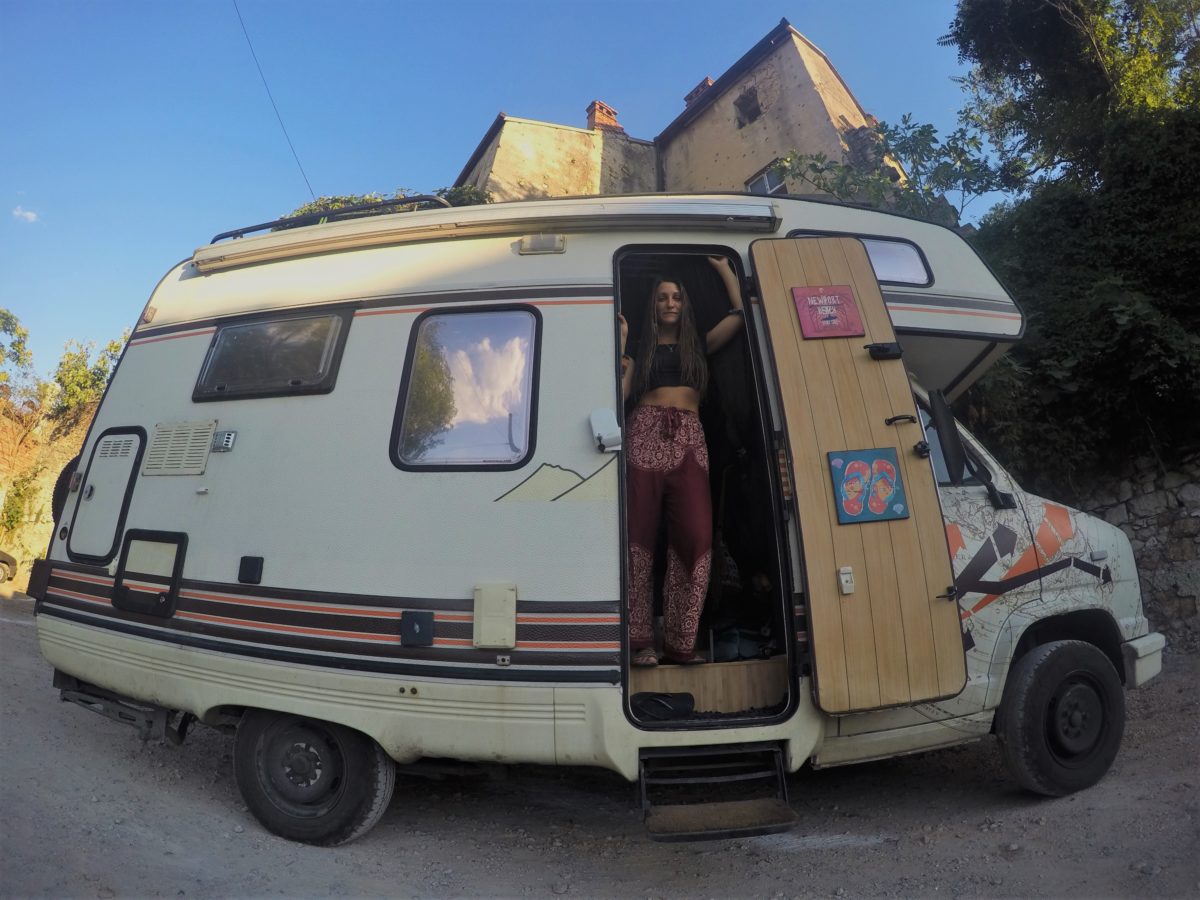 The architect who made this bridge, Mimar Sinan / Hajruddin, built the bridge in the 16th century when Bosnia was occupied by the Turkish Empire, was also responsible for quite a few monuments of the city of Istanbul.

The bridge was destroyed in 1993 during the Bosnian war, later in 2004, the bridge was rebuilt and became a symbol of Bosnia’s post-war recovery.

Today it is crossed by hundreds of people every day, by locals, workers and tourists.

The bridge has 450 years of history and nowadays is the stage of one of the stages of the Red Bull Cliff Diving, where professional divers give acrobatic dives to the river.

The village has a harmony that does not leave us indifferent. There are many alleys, with little shops, cafes and restaurants. It is a place with a great Muslim influence, we can observe by the great number of mosques, in the clothes of the women, in the food and in the stores that sold products of Muslim origin.

An ice cream ball costs 50 cents and we ate out the two for 14 euros, in a typical restaurant. 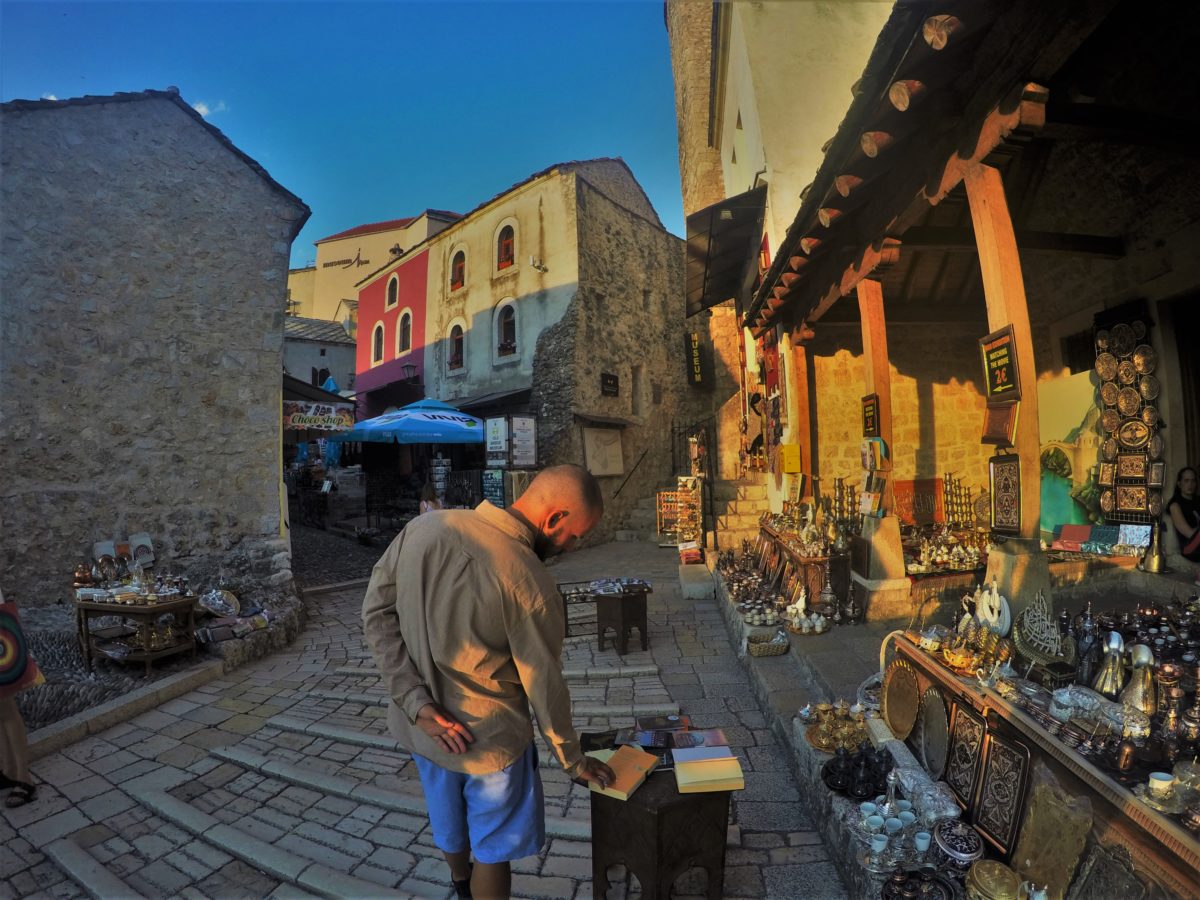 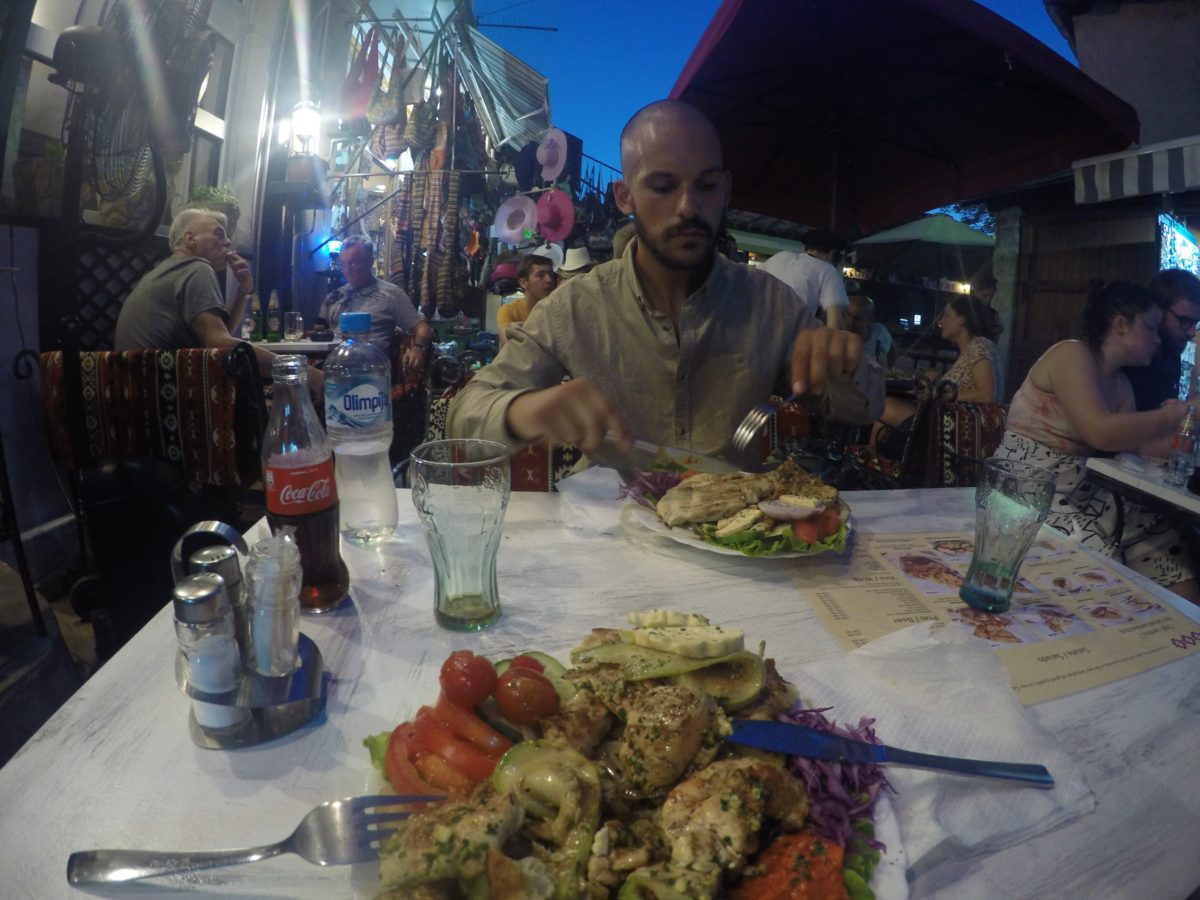 The waterfalls of Kravica, are waterfalls in Bosnia about 40km from Mostar, it costs 3 euros and is a very pleasant natural area, with falls of water falling from a few meters of altitude. What makes these cascades different is that you can even dive where the waterfalls fall, dive …

When we went in the summer it was with a lot of people, so even though things are not very dirty, it is not a ” untouched ” natural environment and you feel the impact of the man in some way. 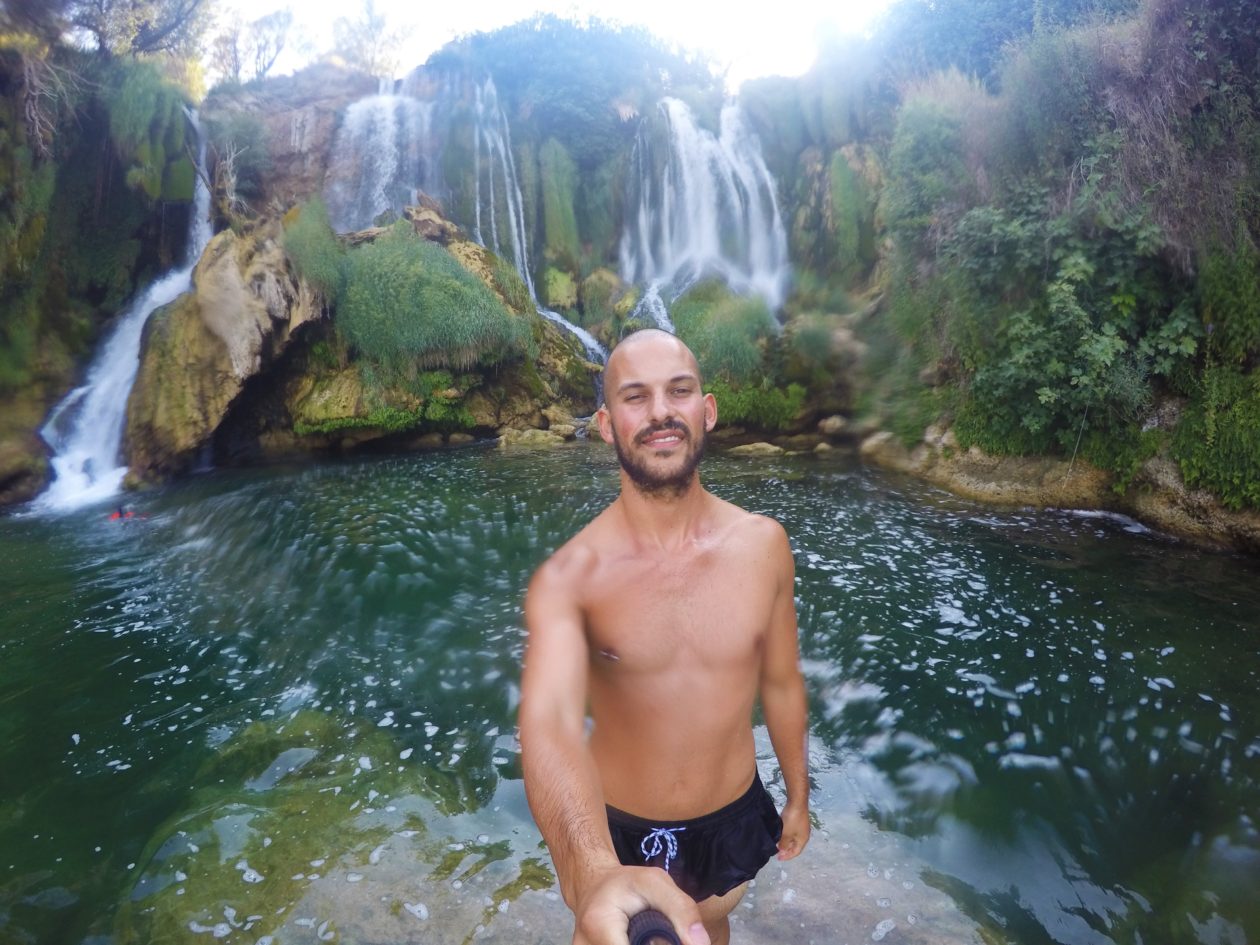 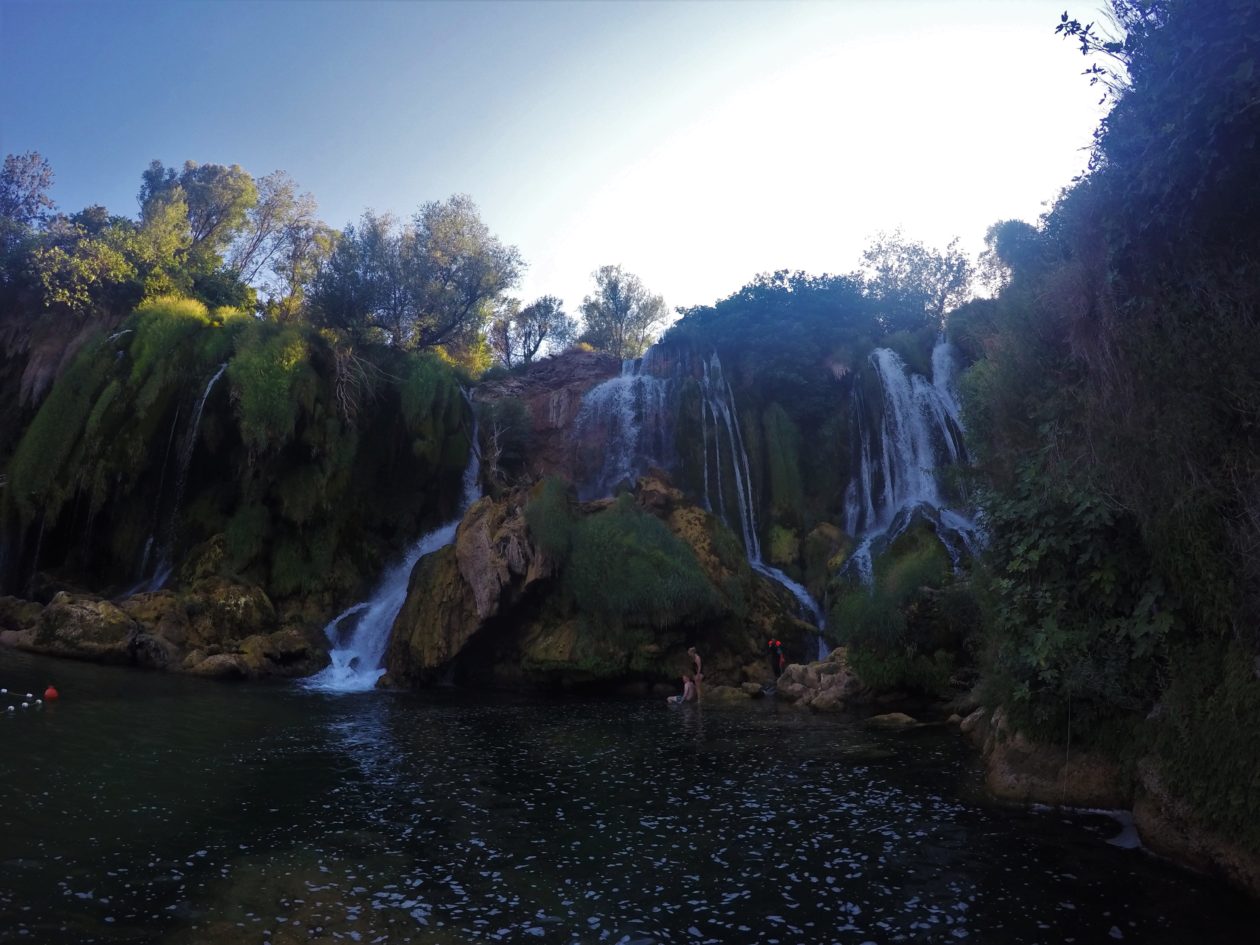 This part of Europe is a little ‘out of the way’ of normal tourist routes, flights are expensive and it is not always easy to get here, but for visitors to Croatia, for example, it makes sense to include a visit to this city and visit this area of ​​Bosnia!