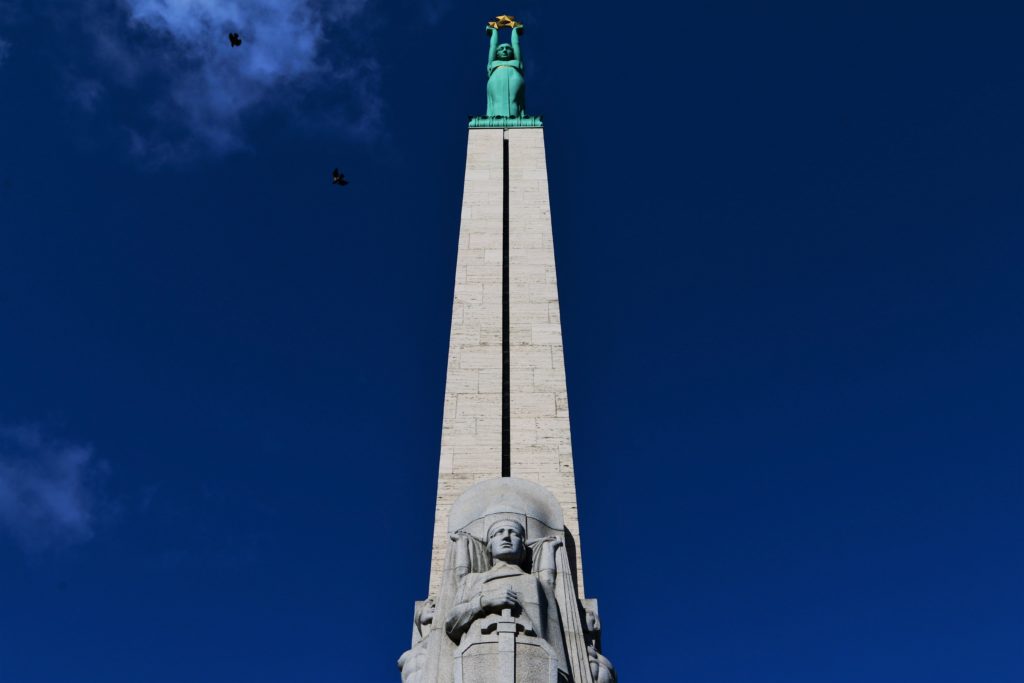 We will write about the 3 Baltic countries in the same text because in addition to being similar, our passage was short so didn’t make sense do 3 separate texts.

We began our journey through these countries in Tallinn, the capital of Estonia from which we disembarked from Helsinki. Then we headed south towards Riga, the capital of Latvia, and finally passed through Lithuania before we reached Poland.

In Estonia there is more influence from the Baltic Sea and the Nordic countries, especially in the capital, Tallinn which is a well-developed city.

Something that jumps in sight, is the roads, first there is only roads with two lanes in the exit of the big cities; second, other than the roads that connect the big cities, all the others are in clay, sametimes over many miles.

The roads that are pavement, have all the symbol of the UE and because they only have one lane, the drivers drive like complety crazy, they make surpasses in curves, big trucks overtaking other big trucks without any visibility ..

There is almost no roundabouts and to get in / out of the cities are many miles in a straight line, with a huge number of traffic lights.

We went to Tallinn and Riga. Vilnius which is the capital of Lithuania, apart from being out of hand at the time, did not seem to be very interesting so we chose not to go.

Tallinn is a very welcoming capital with a beautiful medieval old town center with a very interesting Orthodox church, and small, medieval and very arranged streets.

Riga was not so cool, it has one or the other monument, but nothing really interesting.

The big attraction for us, was that the cultural and the human side.

The people and the culture was very different from us, Portuguese, and for those who travel, this is always interesting.

Prices have surprised us negatively  because although they have a low minimum wage (400 euros Latvia and Lithuania and 500 euros Estonia) things are not cheap in restaurants and in supermarkets.

They are more or less the prices of Portugal and in some cases much higher.

People, as we have observed in these colder countries, are not very friendly, at least at first contact, although the person that we most talked to, the owner of a campsite in Estonia, was very friendly.

For a camper we did not see any particular site, but we saw some campsites and did not feel unsafe while sleeping.

Overnight in a caravan:

Only parking, no facilities.

Some photos of Latvia