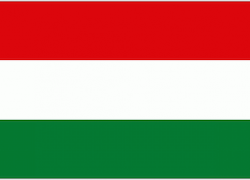 We spent a week in Hungary, and we did about 600 kilometers around the country. We entered from the border with Ukraine and the differences started as soon as we cross the border .. starting with the roads that were very good in Hungary, especially the main ones.

We traveled through the eastern zone, that is, on the way from Ukraine to Budapest and from Budapest to Romania. We saw a very flat country with great plains, very cultivated.

During our passage through Hungary we saw turtles, foxes and many birds, especially as we passed the Hortobágy National Park.

Hungary has many thermal springs, so it is common to see signs indicating the presence of spas, Budapest has some very beautiful spas which unfortunately we did not have the opportunity to enter.

We stayed 3 nights and 4 days in Budapest, the capital; we found one of the best capitals we have ever seen, with a very rich architecture, the Danube dividing the capital into two parts, Buddha and Pest, which gives a very good dynamic to the city.

The Buddha is situated on an elevation and has viewpoints overlooking the other side of the city, where you can see the bridge, some cathedrals and the fabulous parliament, and it is also where there are some older monuments; Plague had lots of life at night, with bars, cafes with live music and many people, mainly tourists, but also, some residents.

The standard of living is similar to ours (Portugal), for example in services and supermarkets, prices are reasonable. (1 euro, it’s 300FT)

We always felt safe, in the streets we do not see almost policemen. With the caravan we just parked on the street in Budapest, because the other night we were at a campsite.

Some photos of Hungary

Budapest - What to Know?

´´ Budapest is the capital of Hungary. The name is the junction of two ancient cities, Buddha and Pest, separated by the river Danube.s...''