History of Istanbul – The Capital of Two Empires 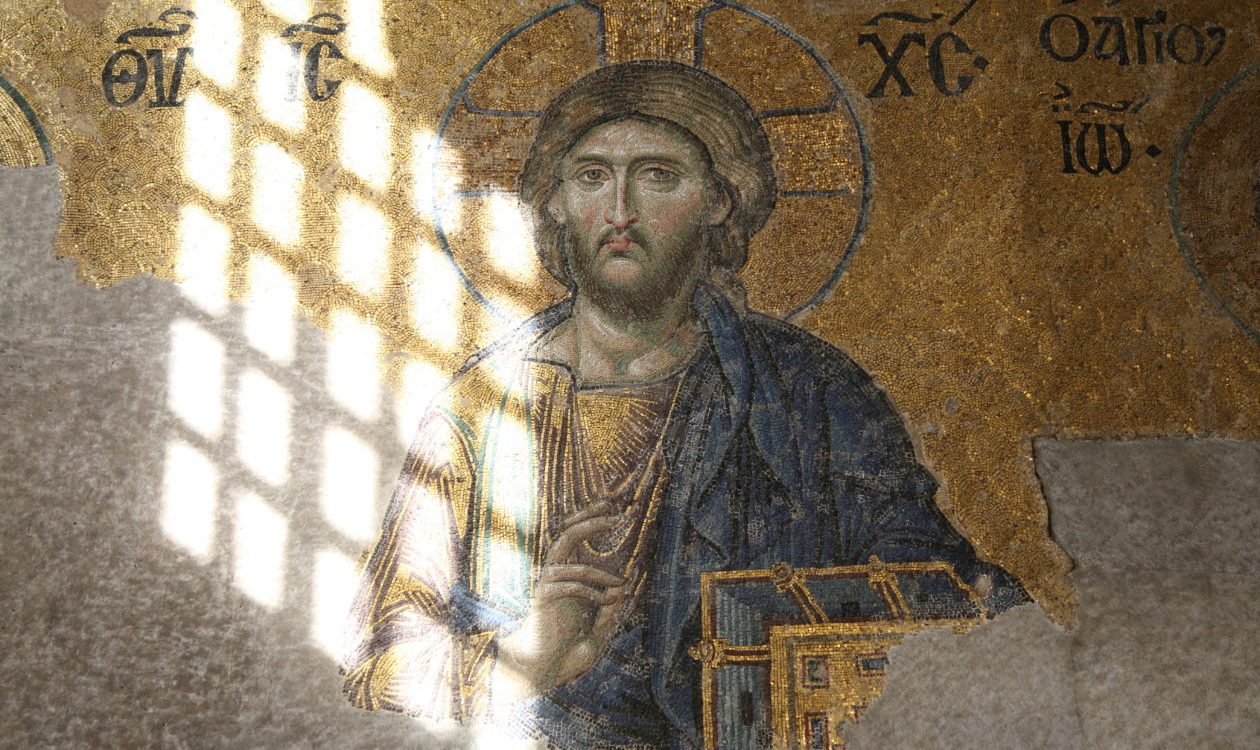 Istanbul, ancient Constantinople and Byzantium is a city with almost a unique history in the world, was once the capital of two empires, the Byzantine and Ottoman, and during the two was also the capital of their respective religions, the Christian Orthodox Church and the Islam.

The earliest evidence of people living in the area that is now Istanbul dates back to the year 6,500 BC, when there was a settlement inhabiting the area where today is the Topkapi Palace. At this point the Bosphorus did not yet exist, that is, one could still walk from Europe to Asia.

During the following millennia the population settlements remained until the XII century BC, when the colony of Byzantium was founded. 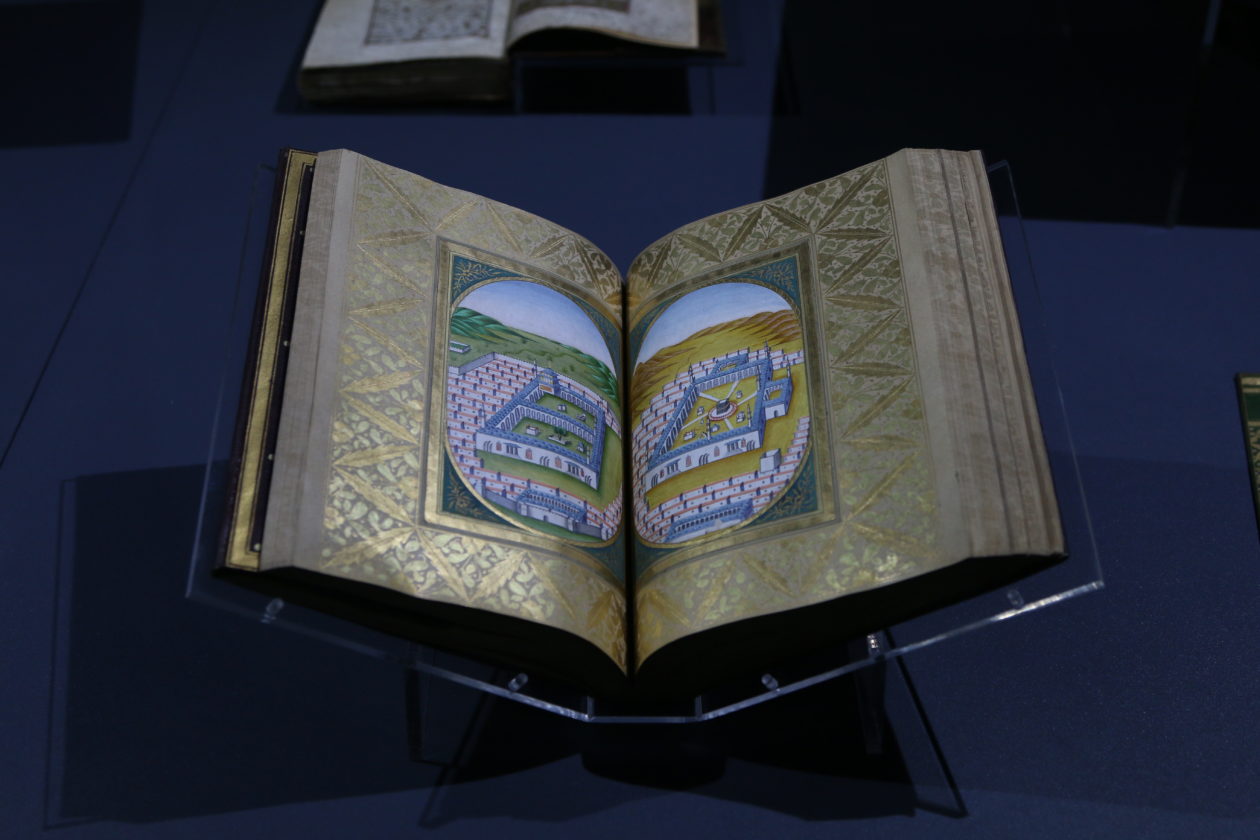 It was the 12th century BC, when it was officially founded the city that today we call Istanbul.

Legend says that Bizas, the son of Nyses (king of the Greek city-state of Megara), went to the oracle of Delphi to ask where he should establish his new colony, to which they replied “on the opposite side of blindness”.

After a while, when he was in the Sea of Marmara, he noticed that there was a settlement on the Asian side of the Bosphorus, and that on the other side was a peninsula with a natural harbor prefect and ideal for a new colony (now the historical area of Istanbul) and he thought that the people of the village could only be blind to have stayed on that side of the Bosphorus … and so the city of Byzantium was born.

Nowadays it is not possible to see anything of these times, and the most visible inheritance is only the name, because some centuries later this city would be the capital of the Byzantine Empire .. 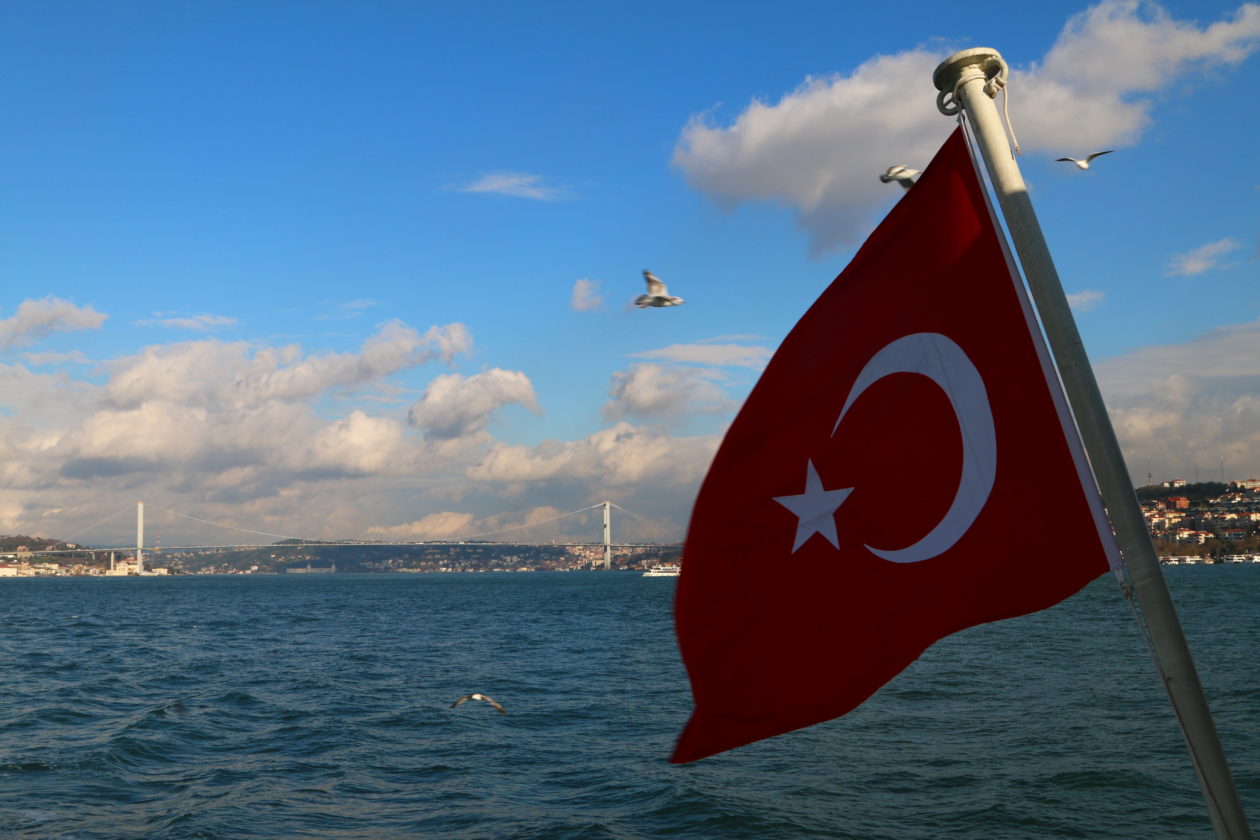 During the following centuries, Byzantium established itself as an important commercial port due to its excellent location and was eventually conquered by the Roman empire in the second sec. D.C.

In the year 330, the Emperor Costantino attracted by the prosperity of this city, chose it to be the capital of the Eastern part of the Roman Empire, that after the end of the Roman empire, began to be called Constantinople, capital of the Byzantine Empire that would come to lasting more than 1000 years.

Constantine, who had recently converted to Christianity, had many churches built around the city, including the Hagia Sophia which for many centuries was the largest church in the world! 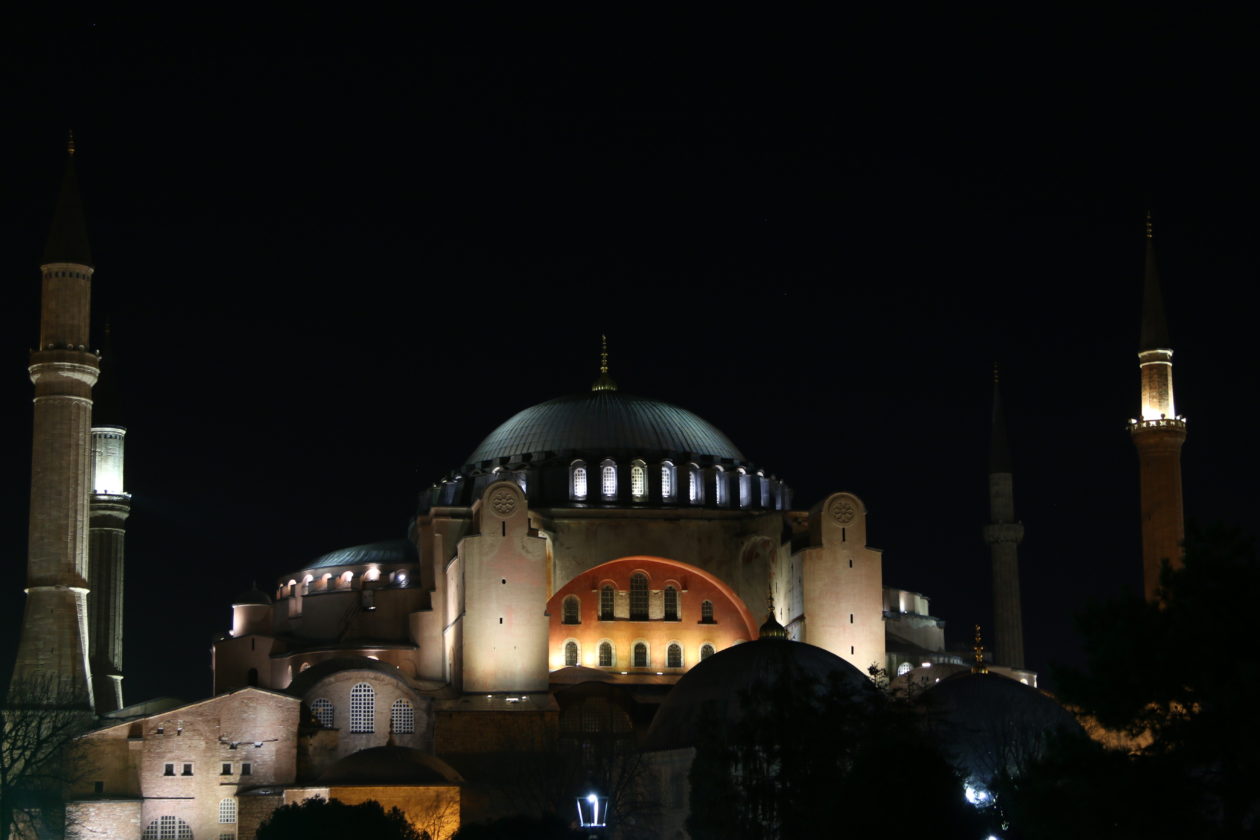 Constantine had also built the walls of Constantinople, which protected the city for more than 10 centuries, until the year 1453, the year it was conquered by the Ottomans, thanks only to the largest cannon in the world … but we’ll talk about it later . 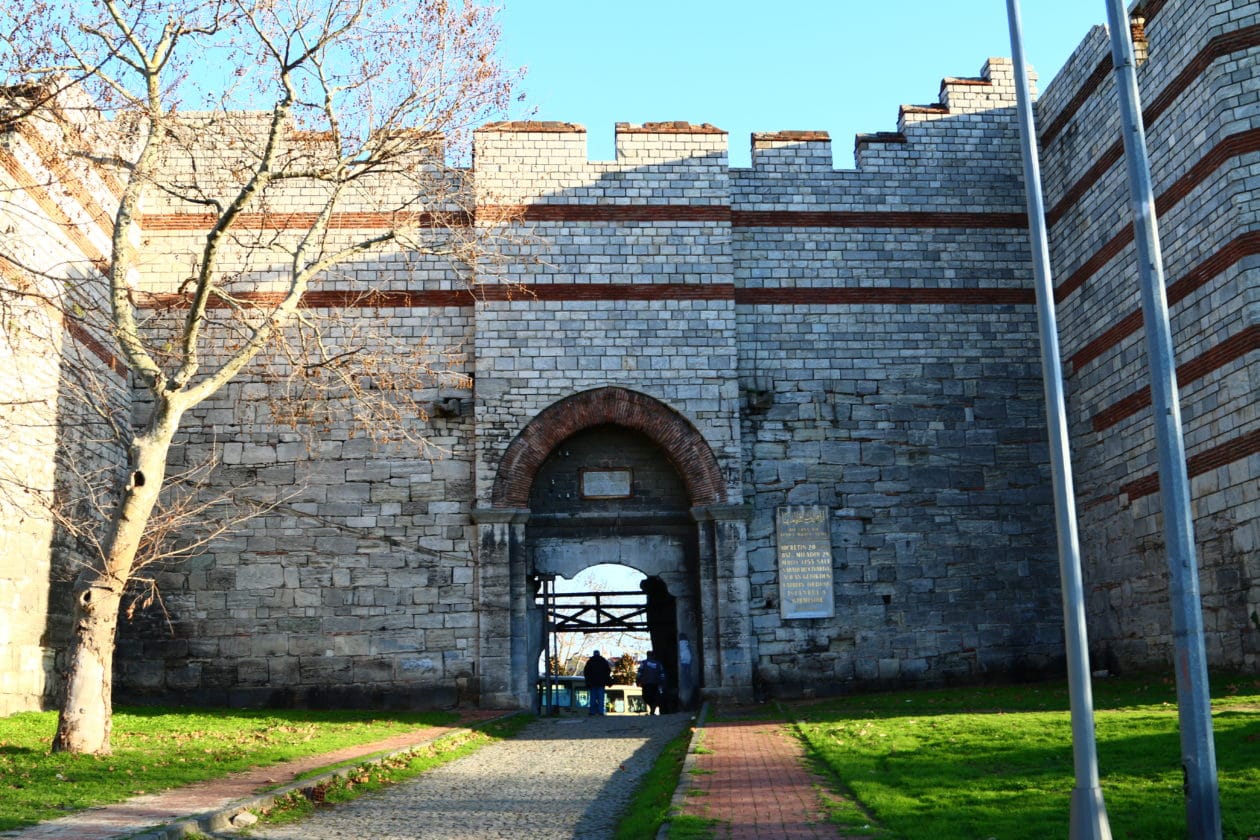 In the sixth century, during the reign of Justinian, the Byzantine Empire had its maximum extension and as such Constantinople as the center of the empire flourished, reaching its apogee.

Over the centuries the Byzantine Empire declined, first after losing the Battle of Manziquerta, against the Seljuk Turks, which resulted in the loss of Anatolia, a very fertile region of present-day Turkey, and later when Constantinople was sacked by the Fourth Crusade.

The city, which had 1 000 000 people, had only 40 000 inhabitants by the end of the first millennium and ended up being completely surrounded by the Ottoman Empire during the centuries that followed.

Only its excellent, almost insurmountable walls made the city stand on Byzantine control until the middle of the fifteenth century. 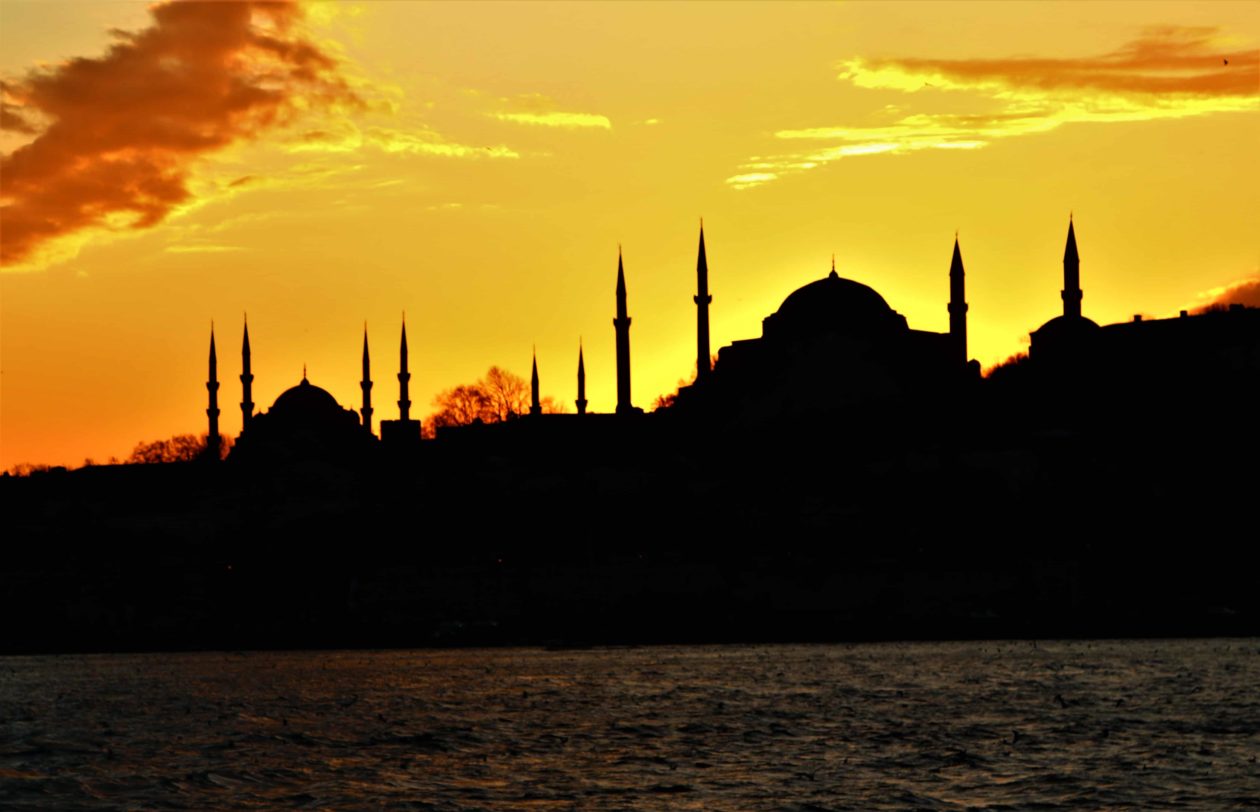 Constantinople, after 1100 years over control of the Byzantine Empire, eventually succumbed to the Ottoman Empire on May 29, 1453, after 8 weeks of siege.

The walls of Constantinople were surpassed due to a cannon which at the time was the largest in the world, which in the beginning was to be made for Constantinople but due to lack of funds, the Hungarian cannon builder turned to Sultan Mehmet II (sultan of the Ottoman Empire), and made it the largest cannon the world had ever seen.

This battle has some unique events, like the boat route made by the Ottomans warriors to pass the ships to the other side of Istanbul, but we leave here an image that gives to give an idea of the siege and the conquest 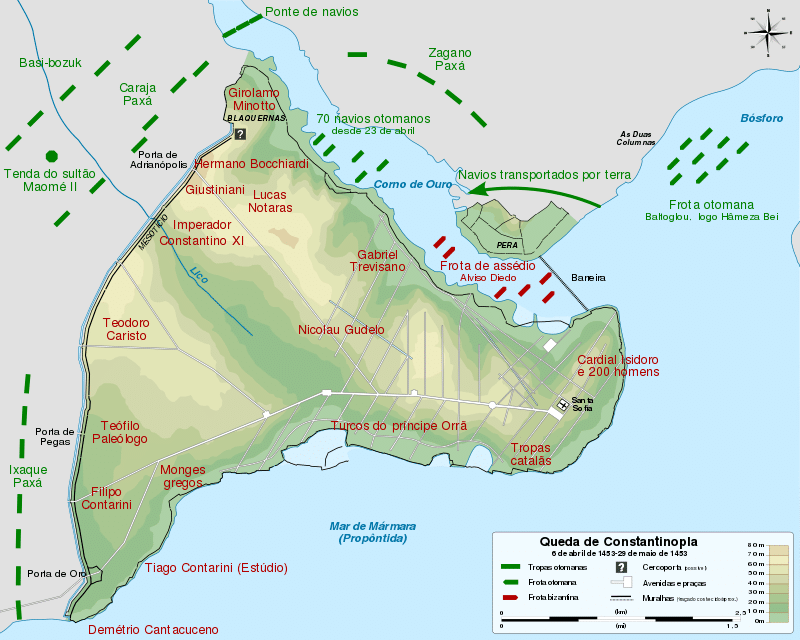 After occupying the city, Sultan Mehmed II ” The Conqueror ”, converted the church of Hagia Sophia to Mosque, and proclaimed the city as the capital of the Ottoman empire.

Nowadays in Istanbul it is possible to see the following monuments of the referring Byzantine Empire.

The best way to get a glimpse of what the Byzantine Empire was, is undoubtedly through its mosaics and frescoes scattered throughout various monuments, we advise special attention to those found in the Chora Museum, the Aya Sophia and the mosaic museum even by behind the blue mosque.

When it fell on Ottoman rule, Constantinople was renamed Istanbul and Sultan Mehmed II hastened to revitalize the city and to repopulate it, among the peoples who were invited to the new capital of the empire, were the Jews, which shows a rare religious acceptance, very unusual in the rest of the world, but common in the Ottoman Empire which had a reputation for allowing religious freedom to conquered peoples.

During the years that followed the city moved from the capital of Orthodox Christianity to the capital of the Ottoman Empire and, consequently, a bastion of Islam. Mosques and infrastructure were built to support the population, such as schools, hospitals, bathhouses …

Of these constructions, the most outstanding are the Blue Mosque, built by Sultan Amhed I at the beginning of the 17th century and the Süleymaniye Mosque, co-built by Süleyman ” the Magnificent ”. most imposing mosques in the city. 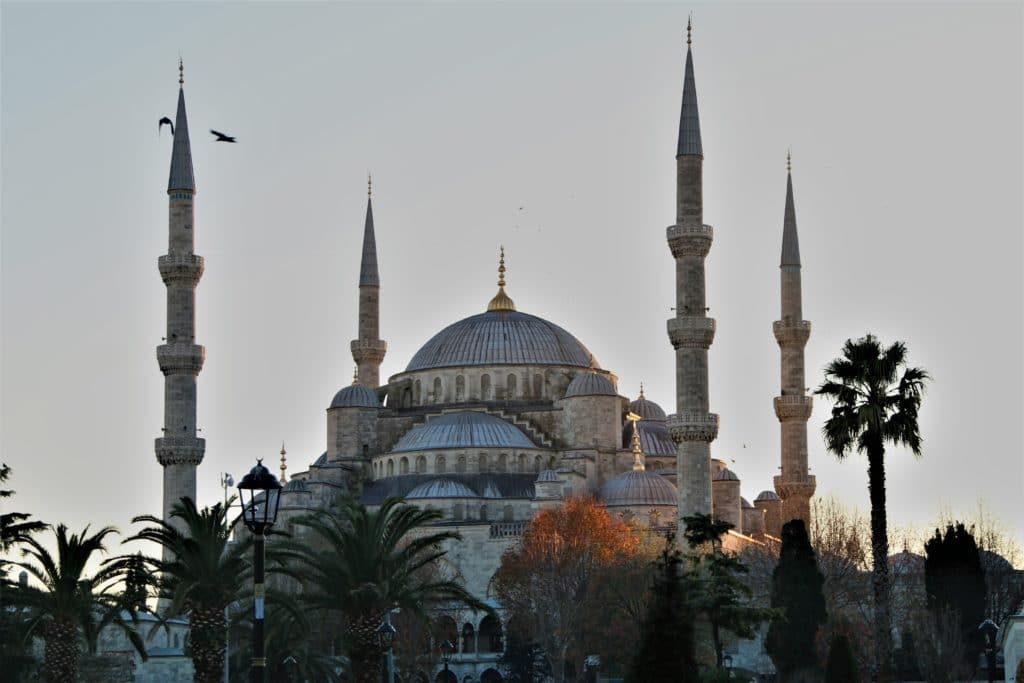 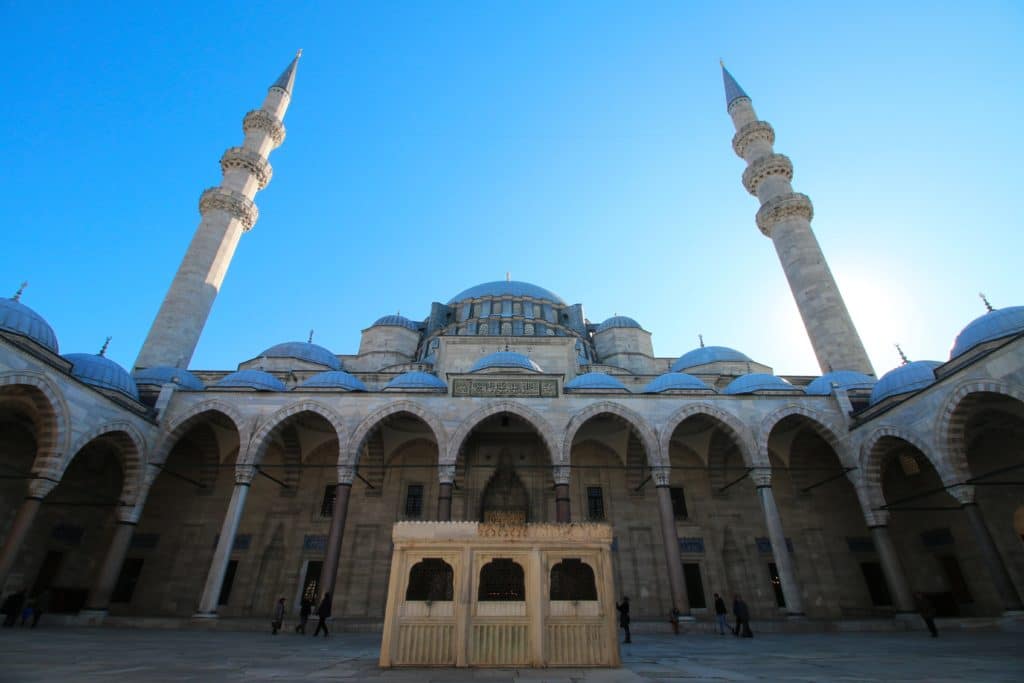 Istanbul followed the fate of the Ottoman Empire and was declining in the centuries that followed.

The empire was losing its force and its territory, and Istanbul was losing its imperial importance, nevertheless it continued to be a very important city due to its geographic location and it remained the sociocultural center of that region of the Globe.

With the end of the Ottoman Empire after the First World War and with the birth of the Republic of Turkey, Istanbul lost its capital status in favor of Ankara.

This happened for a few reasons, the first being that during the war Istanbul was occupied by allied forces, and it was in Ankara that the headquarters of the Turkish nationalist forces and the administrative services were installed, then because Ankara is in a more central position to the Turkish territory and finally because it is like a “turning page” in relation to the Turkish imperialist past, which is so closely related to Istanbul.

For much of the twentieth century, Istanbul was a somewhat stagnant city, mainly because of lack of public and private investment.

This has changed a lot with the turn of the millennium, and nowadays Istanbul is a ” mega-city ” with almost 15 million inhabitants (the fourth largest city in the world), with modern communication and transport routes and with a diversity cultural Odd.

Author: admin
Filed Under: Sem categoria
Lousal – Mining archeology in Portugal
Istanbul – What to do in 3 days (with city map)