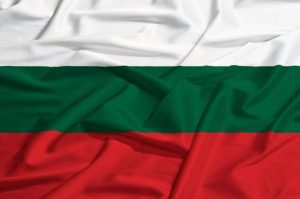 Our trip through Bulgaria was short, we  only stayed 3 nights and only traveled in the western part of the country.

The first thing that hit us when we entered was the difference in the land from Serbia, as soon as we entered there was a kind of mounds without vegetation, something quite different from what we were seeing in the last few kilometers.

We visited Sofia, the capital of Bulgaria. Sincerely it is not a capital that has made us want to return, however for those who are traveling in this part of ​​Europe, we recomend to take a day or two to enjoy Sofia and see one of the largest orthodox churches in the world.

The city has little more to see than this church, plus two or three religious buildings and other monuments, but nothing special.

However it is not only monuments that built a city , and we enjoyed visiting the varied markets scattered around the city and being in contact with a culture a litle different from us, than our European neighbors.

Prices in Bulgaria are lower than in Portugal, especially in markets, restaurants and diesel. .

The metro ticket costs € 0.80 and we got the alternates fixed for 60 euros (price already influenced by being foreigners)

Roads are relatively good, except the most remote. There is a good network of motorways, roads that are recent and in some sections petrol pumps are still being built, so be careful to don’t run out off fuel.

To travel on the motorways you need to buy a vignette , you can buy it in some petrol pumps, or at the border. The price varies according to the time, ours cost € 14 for 7 days.

The people we spoke to were friendly, and thoughtful.

We have seen some poverty, especially in the more rural zone, where we saw neighborhoods of shacks with few conditions of habitability.

Wee felt that this country is a litle less developed  than the “rest” of Europe, especially the central Europe. but not as much as we were waiting.

It is a beautiful country and we walked in mountainous areas covered with trees and with little human intervention. We were sorry we could not go further inland but by then time was no longer on our side, and everywhere we went in Bulgaria it was always out of hand from our objective which was Athens. We spoke to some people who were coming from the Black Sea, and they had worshiped.

For motorhomes we did not see any specific sites other than the one we stayed in Sofia, despite this we saw some motorhomes, especially because the Black Sea is a popular destination among caravanists and for those who visit Turkey Bulgaria turns out to be a mandatory destination.

Private place for Auto caravans at Mr. Ivan’s house, costs € 10 per day and we advise it. It pays but the site is closed and has all the conditions. If necessary Ivan knows mechanics that can help you.

Some photos of bulgaria