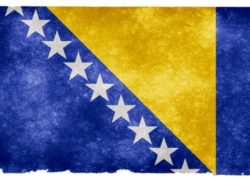 We only slept one night in Bosnia, and visited two sites, Mostar, a medieval city, symbol of the Bosnian war and Kravice, a  beautiful waterfall.

We liked this country and we want to come back one day. Even though we only traveled 400 kilometers in it, we enjoy it a lot.

Bosnia is probably the european country where we most felt the Muslim influence, especially by the large number of mosques, in the women’s clothes, in the food and in the stores that sold products of Muslim influence.

The roads were good, for a country without the support that an EU country has for investment in road infrastructure, we did not see any campervan and some people we met in Mostar had never seen even a Portuguese plate.

Some photos of Bosnia and Herzegovine

Articles about Bosnia and Herzegovina